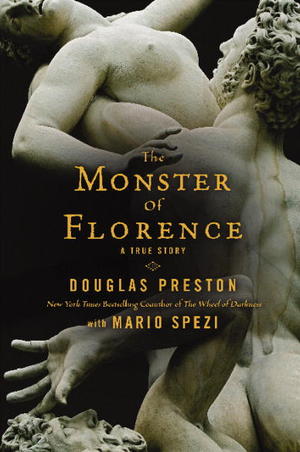 Within weeks of Paula Wagner’s exit of United Artists, the studio appears to have gotten some get-up-and-go, buying the option rights to the best-selling thriller by Douglas Preston, "The Monster of Florence" for a six-figure sum.

Coincidence? We think not. Here’s the backstory: screenwriter Chris McQuarrie, who wrote "Valkyrie" for United Artists, has had an option on Preston’s book for over a year. He befriended the writer back in 2006, when Preston wrote the story of the Italian serial killer for The Atlantic Monthly, and got a handshake deal to develop a screenplay.

The book came out while Tom Cruise was busy shooting "Valkyrie" last year, and became a huge hit, spending two months on the New York Times bestseller list. Studios came after the rights, but McQuarrie had gotten there first. McQuarrie gave Tom Cruise the book, who liked it.

So why has it taken 10 months to make the deal? Good question. I asked MGM, they declined to comment. I asked a spokeswoman for United Artists, they said: "Tom made the decision, with Don Granger, the head of production," said the spokeswoman.

Sort of. Three people on different sides of the decision-making process confirm that it was Granger and MGM that got this deal done. "It was a mixture of Harry [Sloan] and Mary [Parent]," the top executives at MGM, said one of these individuals. By the way, McQuarrie will both write and produce the project. Cruise is not envisioned either as producer or star in the story, whose main character is the serial killer who terrorized Florence between 1968 and 1985.

The secondary character, who is not a murderer, is Mario Spezi, the Italian crime reporter who dogged the story for three decades, and contributed to the book.

Full disclosure: Preston, an acquaintance, has written a blurb for my new book, "Loot."