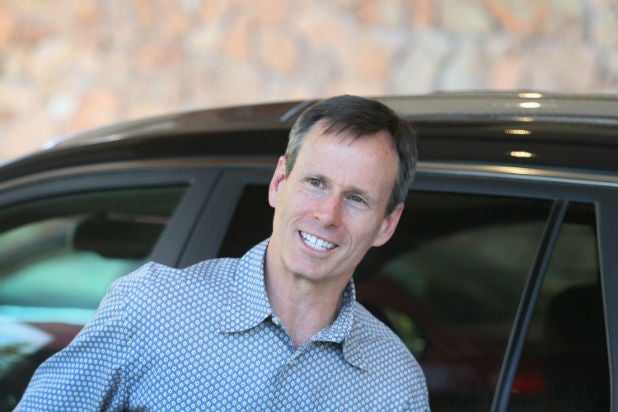 Staggs, a 25-year veteran of the media and entertainment behemoth, will continue to oversee Walt Disney Parks and Resorts until a successor is named.

“Tom is an incredibly experienced, talented and versatile executive who has led Parks and Resorts during a time of unprecedented growth and expansion, including the construction of Shanghai Disney Resort,” Iger said in a statement.

Staggs and Chief Financial Officer Jay Rasulo have long been tipped as the leading candidates to succeed Iger, who signed a contract extension in October that will keep him in his role as CEO and chairman until 2018. Staggs’ appointment as COO suggests he is being groomed as Iger’s successor. The move is conspicuously timed with the release of Disney’s latest earnings report and the record close of the company’s stock price ($101.28) on Wednesday.

Rasulo, who according to a recent SEC filing is the company’s second highest-paid executive behind Iger, has yet to renew his contract, which expired Jan. 31. He also oversaw Disney’s parks and resorts division from 2005 to 2009, when his responsibilities were swapped with Staggs, presumably to round the latter’s background in planning and finance with more operational experience. Rasulo’s next move is unknown, but he is currently without contract.

Disney’s senior management team will report jointly to Iger and Staggs, with the exception of Rasulo and the company’s General Counsel, Chief Communications Officer and Chief Human Resources Officer, all of whom will continue to report solely to Iger.

“It’s a privilege to step into this role, and I am humbled and honored by the opportunity. I look forward to working more closely with Bob and the talented senior management team across the company to continue to build Disney’s future through unparalleled creativity, innovative technology and global expansion,” Staggs said.

In his previous positions within the company, Staggs was central in the acquisitions of Capital Cities/ABC, Pixar Animation Studios and Marvel Entertainment. Staggs joined Disney in 1990 as Manager of Strategic Planning and ascended quickly to the role of Chief Financial Officer in 1998. Before joining Disney, he worked in investment banking at Morgan Stanley & Co.