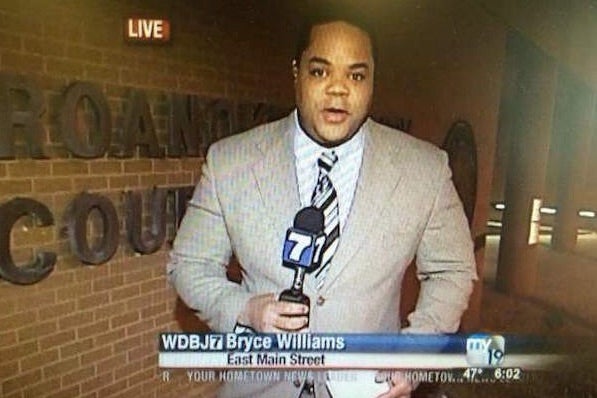 WDBJ shooter Vester Flanagan targeted reporter Alison Parker because of harmless comments she made as an intern at the station in 2012.

“One was something about ‘swinging’ by some place; the other was out in the ‘field,'” assistant news director Greg Baldwin wrote in a report that summarized complaints made by Flanagan about Parker. It referred to her as Alison Bailey; Bailey was her middle name.

These are the comments Flanagan seemed to be referring to when he tweeted hours after murdering Parker and photographer Adam Ward on live TV on Wednesday.

“Alison made racist comments,” Flanagan tweeted, followed by, “They hired her after that??”

Station general manager Jeffrey Marks defended Parker and the rest of his employees at a press conference on Thursday.

“No reasonable person would have taken any of the cited instances as discrimination or harassment,” he said. “I saw the way he [Flanagan] behaved,” Marks continued while defending his staffers against the late shooter’s claims.

He also revealed that WDBJ made Flanagan seek mandatory counseling after employees complained about his anger.

It’s been a tragic week for the local Virginia news network after the former reporter opened fire on Parker, 24 and Ward, 27. Both died at the scene; the woman Parker was interviewing was also shot, but survived.