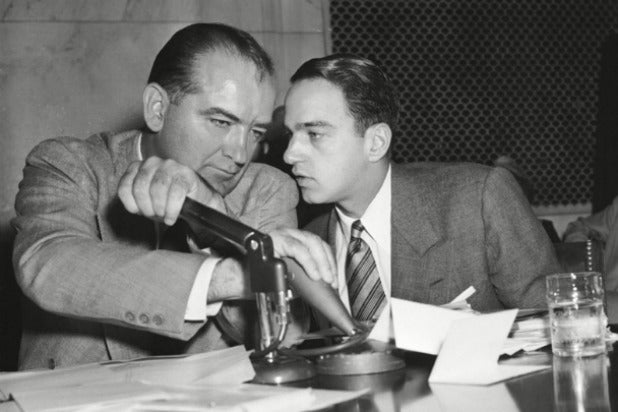 It’s not often that the indie box office overlaps with the top of the overall box office, but such was the case this weekend with Focus Features/Carnival’s “Downton Abbey,” which was only outperformed by “Where’s My Roy Cohn?” for the top per screen average.

Directed by Matt Tyrnauer (“Scotty and the Secret History of Hollywood”), “Where’s My Roy Cohn?” compiles the history of one of America’s most infamous far-right political influencers and “fixers.” Cohn, who served as chief counsel for Sen. Joseph McCarthy during the Red Scare in the 1950s and later served as the mentor and lawyer for Donald Trump, was disbarred in 1986 for unethical conduct. The film has a 75% Rotten Tomatoes score.

The second-highest per screen average of the weekend — and the second-highest opening for any wide release specialty film ever — goes to “Downton Abbey.” With $31 million from 3,076 screens, it made a per screen average of $10,068. The only indie release with a higher opening is The Weinstein Company’s release of Quentin Tarantino’s “Inglourious Basterds,” which opened to $38 million in 2009.

The period drama and continuation of the TV series of the same name also edged out the opening weekend of another TWC/Tarantino film, “Django Unchained,” which opened to $30 million in 2012. Check out our overall box office report for more on “Downton”‘s big weekend.

Prior to the weekend, Fathom Events enjoyed one of  the most successful box office weeks in company history with more than $3.6 million grossed from a variety of special event screenings. The top grosser was “3 From Hell,” Rob Zombie’s sequel to his 2005 horror film “The Devil’s Rejects,” which grossed $1.92 million.

Also finding success for Fathom was “The Game Changers,” a documentary about the rise of vegan diets among professional athletes like NBA All-Star Chris Paul and tennis legend Novak Djokovic. James Cameron, Arnold Schwarzenegger and Jackie Chan served as executive producers on the film, which grossed over $1 million during mid-week runs.

This weekend, GKIDS also released “Promare,” the colorful mecha anime film from Studio Trigger that Fathom partnered on for special mid-week screenings. The film grossed $88,000 this weekend from 31 screens, bringing its cume to $811,504 after Fathom’s mid-week screenings grossed approximately $700,000.

UPDATE 9/23, 10:54 AM PT: Corrections made to figures for Fathom Events screenings