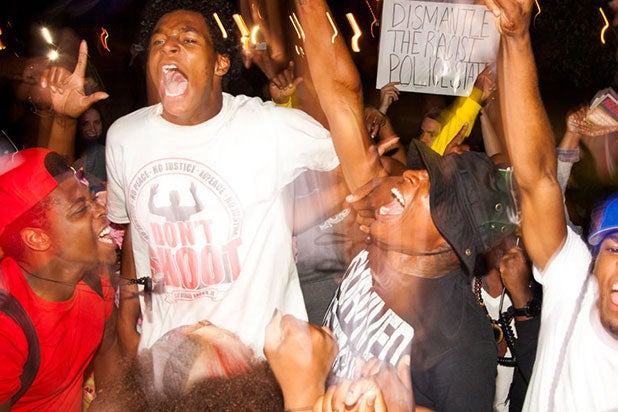 Magnolia Pictures has acquired the North American rights to the acclaimed Sundance documentary “Whose Streets?” by filmmakers Sabaah Folayan and Damon Davis.

“Whose Streets?” tells the story of the Ferguson, Missouri protests and chronicles the lives of the activists following the shooting of Michael Brown in 2014.

The film premiered in the U.S. Documentary Competition at the 2017 Sundance Film Festival in Park City, Utah last month. It is the feature film debut of writer/director Folayan and co-director Davis.

The film was produced by Jennifer MacArthur in association with her Borderline Media and alongside Flannery Miller. Chris Renteria served as a co-producer.

“‘Whose Streets?’ is an incredibly artful and powerful film that evokes the works of great documentary filmmakers like Wiseman and Pennebaker,” said Magnolia President Eamonn Bowles. “It’s a critically important statement for these times, but also an indelible work of art.”

“We made ‘Whose Streets?’ to show beauty and dignity in the struggle for liberation,” said Folayan and Davis. “It isn’t about larger-than-life heroes like Rosa Parks and Dr. King; it’s about everyday people fighting for the right to live.”

Magnolia Pictures is planning a theatrical release in the summer for the documentary. The deal was negotiated by Magnolia co-EVP Dori Begley and SVP of acquisitions John Von Thaden with Josh Braun, Ben Braun, Matt Burke and David Koh of Submarine and David Morrison of Thompson Bukher LLP on behalf of the filmmakers.