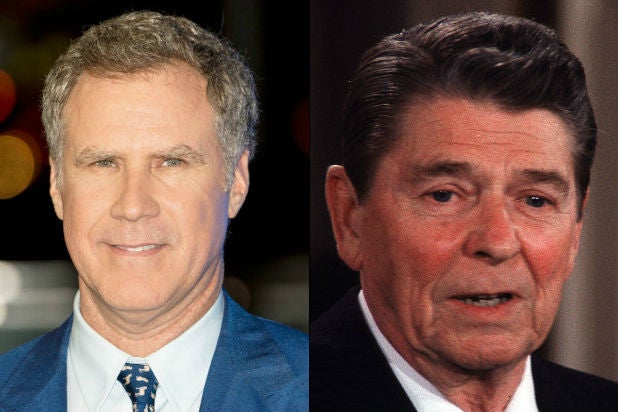 Will Ferrell is no longer attached to a forthcoming comedy about late President Ronald Reagan, TheWrap has learned.

The untitled Black List script, previously billed as a comedy about Reagan succumbing to Alzheimer’s-induced dementia while in office, had Ferrell attached as recently as Wednesday, but that is no longer the case.

“The ‘Reagan’ script is one of a number of scripts that had been submitted to Will Ferrell which he had considered. While it is by no means an ‘Alzheimer’s comedy’ as has been suggested, Mr. Ferrell is not pursuing this project,” a rep for Ferrell said Friday.

The news was first reported by Page Six, which said the Reagan family was outraged at the conceit. A spokesperson for the Chicago-based Alzheimer’s Association blasted the Mike Rosolio-penned script, which Ferrell was going to produce via his Gary Sanchez Productions.

“The Alzheimer’s Association is appalled that anyone would plan to develop a film that satirizes an individual living with Alzheimer’s or another dementia. Would filmmakers  consider using a fatal form of cancer or another deadly disease for comedy? It’s time to stop this forever,” the organization said in a statement.

Set at the start of the late president’s second term when he was suffering from Alzheimer’s, “Reagan” follows the commander-in-chief as he succumbs to dementia and is convinced by an ambitious intern that he’s actually an actor playing the president in a movie.

The Black List is an annual ranking by industry insiders of top unproduced screenplays. The group recently held a live reading of “Reagan” featuring Lena Dunham, John Cho and James Brolin as President Reagan, which was very well-received.