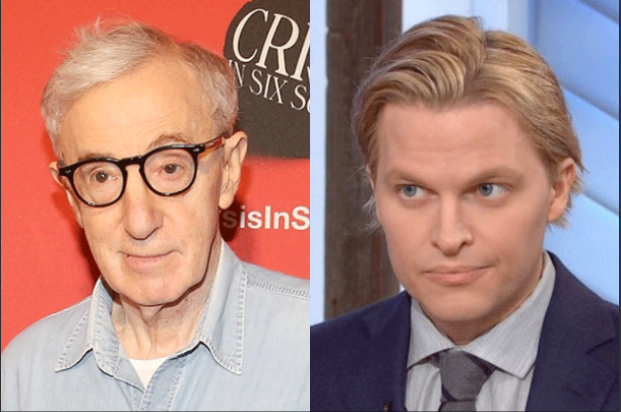 Looks like Woody Allen and his estranged son Ronan Farrow won’t be making up any time soon. In an interview Friday with The Telegraph, Allen harshly criticized Farrow, saying, “people are beginning to realize that it isn’t just in relation to me that his journalism has been kind of shoddy, and I’m not so sure that his credibility is going to last.”

“Up until a couple of days ago I would have said ‘Gee, this is great, he’s done some good investigative journalism and more power to him, I wish him all the success in the world,” Allen added about Farrow. “But now it’s come out that his journalism has not been so ethical or honest.”

Allen was referring to a recent article by New York Times media columnist Ben Smith, titled “Is Ronan Farrow Too Good to Be True?” that questioned Farrow’s journalistic prowess and suggested the Pulitzer Prize-winner had too often fallen prey to publishing pieces that met his own narrative, rather than sticking to what could be fact-checked and corroborated. Farrow for his part said he stands by his reporting.

The topic didn’t come up in the Telegraph interview, but it’s worth noting that Farrow’s sister, Dylan Farrow, has accused Allen of molesting her when she was 7 years old. Allen has consistently denied the accusation, most recently in March, and he says it is part of his ex partner, Mia Farrow’s “Ahab-like quest” for revenge after he left her for Farrow’s daughter, Soon-Yi Previn. But Ronan Farrow has said he believes Dylan.

Allen’s comments about Farrow also come after Matt Lauer, the former “Today” show host who was fired after several women accused him of sexual harassment and assault, also accused Farrow of “flawed reporting” — about Matt Lauer.