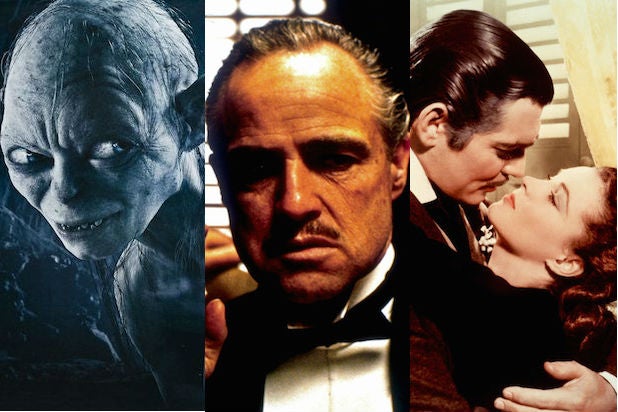 It’s no secret that studios crave popular books for possible feature adaptations, but there’s a reason why they stick to that strategy: It’s proven to work very well for them all through Hollywood’s history.

Though diehard purists deride Peter Jackson’s “The Lord of the Rings” trilogy for changing some major characters and events, the director nevertheless adapted nearly 1,000 pages of dense fantasy into one of the most commercially successful and critically acclaimed film trilogies of all time, earning a perfect eleven Oscars from eleven nominations for “Return of the King.”

After remaining on the New York Times best-seller list for 67 weeks and selling over 9 million copies in two years, Mario Puzo’s “The Godfather” was ripe for an adaptation. Francis Ford Coppola managed to transform the literary hit into an examination of the dark side of the American dream, a film that still resonates as one of the greatest cinematic achievements (along with “The Godfather Part 2,” which also borrowed much of its material from the novel).

Also Read: It's Time for Oscar Voting: Here's How It Works

“Gone With the Wind” was nothing less than a phenomenon during the latter half of the 1930s. Published in 1936, it was the top best-seller in America for that year and 1937.

Accounting for inflation, the 1939 film is the highest-grossing film of all time, earning over $1.75 billion in 2016 dollars in the United States alone (to put that into perspective, “Star Wars: The Force Awakens” has earned a little over $900 million in the U.S.).

Vote now for the best books that were adapted into Oscar-winning movies.

The Best Books That Were Adapted Into Oscar-Winning Movies