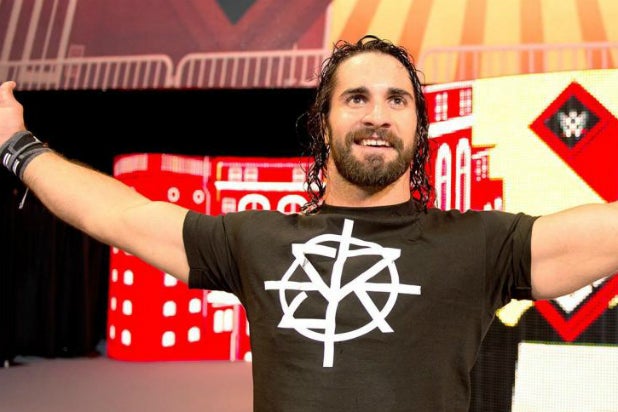 A Fox bid for WWE television rights could be the biggest TV sports agreement since the network poached the rights to “Thursday Night Football.” OK, so that was only a few weeks ago, but Fox Sports is now poised to steal away TV ratings giants “Raw” and “SmackDown Live” from their longtime home at the the USA Network — and that’s a big deal.

While any pitch is still in the early stages, an agreement would likely result in WWE flagship show “Raw” airing Mondays on Fox’s broadcast network and its Tuesday sister series “SmackDown Live” staying on cable with a move to FS1, a person with knowledge of the preliminary conversations tells TheWrap.

Why put them on different channels? Well, the relatively young FS1 found out pretty early on that you can beef up studio shows all you want, but nothing beats live sports for bringing eyeballs and awareness to a growing brand. (Sorry, Skip Bayless.)

Whichever Fox channel they’d call home, the shows would be a great get for what’s left of 21st Century if, as expected, Disney buys the company. (You know, unless Comcast swoops in to snag Fox first.)

With Fox Sports likely losing its extremely pricey UFC rights next year, what better substitute for young male viewers than WWE? Though Vince McMahon’s pro-wrestling promotion costs a bit more than Dana White’s mixed martial arts one does right now, the UFC license fee is about to double — or more. Compare their Nielsen TV ratings side by side, and WWE starts to look like a bargain.

With the NFL and WWE, Fox Sports president Eric Shanks might need to start wearing a championship belt around the office.

But he’s a tag-team act. Right-hand man Larry Jones is the Fox Sports deal-maker — the numbers guy to Shanks’ production experience. And the pair have plenty of support in their stable.

While Ullman is a legit fan (and close friend of WWE talent relations executive Jim Ross, which certainly won’t hurt communication), Cowherd began his week as a non-believer. The critic of pro wrestling made a bit of what those in the wrestling business call a “face turn” this week, posting smiling photos with WWE Superstars and generally endorsing the product.

Two other heavyweights loom over Shanks and his team — and they seem to be extra-interested in Fox Sports these days.

Peter Rice, head of 21st Century Fox, has been trying to get more involved on the sports side, we’re told, as he weighs whether to head to Disney post-merger or remain at Fox.

Lachlan Murdoch, executive co-chairman of the company, also seems to have a sudden interest in sports. He was very involved in the landmark “Thursday Night Football” deal, which is not something that would typically get his full attention.

It’s a smart move by a pair of smart guys, as what will remain of Fox after the Disney merger will be sports, news and broadcast television. The Murdochs are dominating cable news — it’s time to catch up on sports.

Money-aside, there’s a bit of a hangup here unique to Fox. “Raw” is a three-hour show and Fox’s broadcast primetime is only from 8 to 10 p.m. We’re told it is too early to say whether Fox would add the 10 o’clock hour to accommodate WWE. Alternatively, WWE boss Vince McMahon could let “Raw” go back to 120 minutes. (“SmackDown Live” could get as much time on FS1 as it wants.)

Enter Fox Networks Distribution President Mike Biard. Biard is in tight with Fox’s affiliates, who will have to buy into “Raw” programming. If WWE demands that a third hour be carried nationwide, Biard needs to get his affiliates on board. Because the WWE could body-slam the local news shows that currently own the Monday-at-10 p.m. slot.

Fox and WWE both declined to comment on this story when reached by TheWrap.