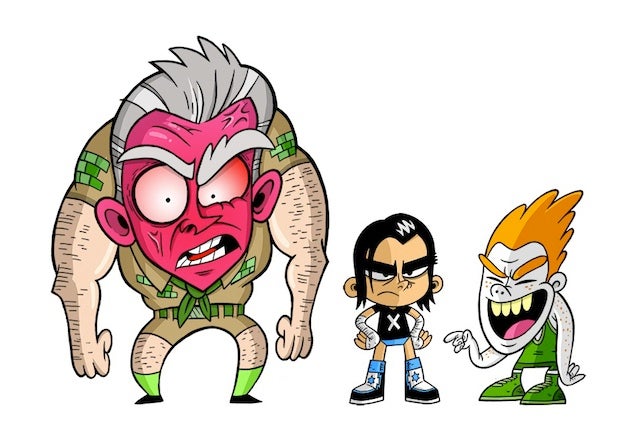 Mike Benson, a writer and co-executive producer for “Entourage” and “The Bernie Mac Show,” will write the series, which will consist of 13 three-minute episodes.

Also Read: WWE and ‘The Flintstones’ Tag-Team to Throw Down Some Bedrock

“With a combination of their unique personalities, distinctive characteristics and huge built-in loyal fan base, WWE Superstars make for ideal animation subjects in ‘Campe WWE,'” Dana Booton, General Manager for Film Roman, said in a statement.  “We are very pleased to be working with WWE Studios and hope that it will begin a mutually beneficial, long-term business relationship.”

The show will envision WWE stars as a lot of rebellious kids who fight and claw their way through school. Their parents send them off to camp to reform their behavior, a camp run by a strict counselor named Mr. McMahon.

The name, of course, of WWE CEO Vince McMahon.

“Film Roman has been involved with some of the most well-known and humorous animated series,” Michael Luisi, President WWE Studios, said in a statement.  “They are the perfect partners for WWE Studios to capture our Superstars in a truly unique and fun way.”