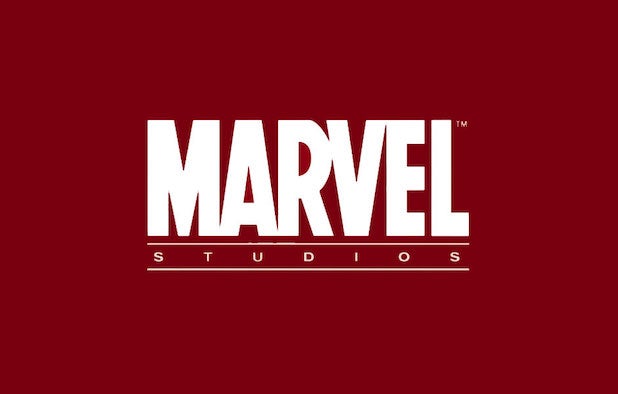 In honor of “Captain America: Winter Soldier” dominating the box office this weekend, I decided to list my favorite Marvel movies. There have been 36 films based on Marvel comics and I’ve seen 24, or exactly two-thirds of them.

Now, I didn’t grow up reading comic books, and other than “The Crow,” my four favorite comic book movies are “The Dark Knight,” Tim Burton‘s first two “Batman” films and “Watchmen,” so I’m clearly more of a DC fan than Marvel.

That said, I appreciate everything the MCU has to offer, especially Bryan Singer‘s “X-Men” sequel “X2,” which stands superior to every other movie Marvel has its name on.

Check out my list and leave your own in the comments section below.

1. X2 - Still the king as far as Marvel movies go. It had everything, including a great cliffhanger ending.

2. Spider-Man - The best origin story of the bunch, plus it features the most iconic Marvel image: Peter and MJ’s upside-down kiss.

3. Spider-Man 2 - Almost as much fun as the original, with a fantastic villain in Alfred Molina’s Doc Ock.

5. X-Men - This brought the superhero genre back in a big way and made a franchise star out of Hugh Jackman‘s Wolverine.

7. The Avengers - Size doesn’t always matter but it made a difference here, with Marvel’s individual gems coming together to form its crown jewel.

8. The Incredible Hulk - Not quite incredible but still one of the better Marvel movies considering how Edward Norton makes you care about the man inside the monster.

9. Captain America: The Winter Soldier - A fun sequel that improves upon the original and adds some solid supporting characters to the mix.

10. X-Men: First Class - Just when the franchise needed a fresh take, along came Matthew Vaughn’s swinging’ period blockbuster featuring some of the hottest up-and-coming stars in Hollywood. If only Kevin Bacon’s villain was worthy of fighting all those new young heroes.

11. Blade II - Guillermo del Toro brought his unique vision to the vampire franchise and if nothing else, distinguished itself from the superior original by bringing something new to the table.

12. Thor - The Shakespearean family drama between Chris Hemsworth, Tom Hiddleston and Anthony Hopkins really works but once Thor visits Earth, things get silly pretty quickly, even if the Australian is solid as the hammer-wielding God.

13. The Wolverine - James Mangold gave the character new life by dropping him in a Japanese setting. With no other stars around to offer support, Jackman digs deep to carry the movie on his sturdy shoulders.

14. Captain America: The First Avenger - After a very promising start, this movie begins to unravel at the midway point. It still serves as a strong introduction to the character, but the second half felt a little undercooked.

15. X-Men: The Last Stand - An overstuffed sequel that still managed to do an impressive job handling mature metaphors for mutants. It gets more grief than it deserves because it was directed by Brett Ratner.

16. Iron Man 3 - One of those movies where you’re having so much fun, you forget that none of it makes any sense. Shane Black movies are always entertaining but this one is still a bit all over the place.

17. Spider-Man 3 - By the end of this movie, Sam Raimi was pushing his luck. Too many villains and emo Spidey felt like a filmmaker just going through the paces.

18. Iron Man 2 - Not quite a disaster but certainly a disappointment. The movie never lived up to the trailers.

19. The Amazing Spider-Man - Sadly, strong performances aren’t enough to make a superhero movie successful. The reboot spent too much time rehashing an origin story that had been told years earlier, so no matter how good Andrew Garfield and Emma Stone’s chemistry was, this movie was always doomed. I mean, The Lizard? Really?

20. Blade: Trinity - Every time I try to convince myself that this movie was fun, I picture Jessica Biel killing vampires while listening to an iPod. Yes, David Goyer’s movie has a cool soundtrack, but that’s just unacceptable.

21. Daredevil - The stuff Ben Affleck’s nightmares are made of. Way too vanilla to be dangerous or even memorable.

23. Fantastic Four - So bland, I can barely remember anything about it, including the forgettable four.

24. X-Men Origins: Wolverine - A mess that is best remembered for teasing a Deadpool movie that no one wants.

NOT APPLICABLE I’ve never seen these movies, even though I’ve owned “Hulk” on DVD for a decade.

Elektra - What, you expected me to see a “Daredevil” spinoff?

Hulk - I’ve seen parts of this movie but not enough to properly rate it and justify its inclusion above.

Ghost Rider - Too ridiculous to entertain the thought of watching.

Howard the Duck - I may have seen this as a kid but I must be repressing the memory as an adult. Oh well.

The Punisher (1989) - As much as I love Dolph Lundgren, I swore that “Pentathlon” was the last movie I’d see with him in the lead.

The Punisher (2004) - After the joys of “Broken Arrow” and “Face Off,” I don’t think I wanted to ruin my image of bad-ass John Travolta by seeing this one.

Punisher: War Zone - This wasn’t my franchise to begin with and Ray Stevenson didn’t get me to start watching.

Thor: The Dark World - I’ll probably see this before “Avengers: Age of Ultron” comes out, but it seemed too weird and magical for my taste, even though I enjoyed the first film.