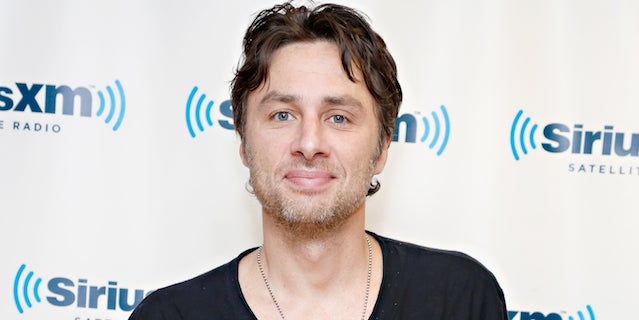 Reaction to Zach Braff's use of Kickstarter to fund his next indie film has been mixed, to say the least. But according to the "Scrubs" star, Woody Allen is "riveted" by it.

During an interview on SiriusXM talk show "Unmasked," Braff said that the Oscar-winning "Annie Hall" director had no idea what crowdfunding was before meeting with him to discuss a project.

"By the way, I'm the one who explained crowdfunding to Woody Allen," Braff said. "He's one of my heroes and I met him because we were talking about doing something together."

Their meeting fell on the same day that Braff's Kickstarter campaign for his upcoming film, "Wish I Was Here," began its quick climb to $2 million and beyond.

"Everyone else in the room was like, 'Oh my God! Congratulations! That's insane! I can't believe it worked! No one thought it would work,'" Braff said. "And he clearly didn't know what anyone was talking about, so I started explaining it to him."

"He's riveted," Braff continued. "We sat there and talked for about ten minutes with him asking all of these really intelligent questions and having this discourse and it was awesome. It was like, 'Oh my God! I can't believe I just explained crowdfunding to Woody Allen.'"

The lead in to Braff's story came when SiriusXM noted that Allen "goes foreign" to secure financing for his films — the last eight of which took place in Europe — and the revered filmmaker might be able to raise enough money from fans on Kickstarter to produce another New York-set classic like the 1979 film "Manhattan."

"I would jump at that in a second," Braff said.