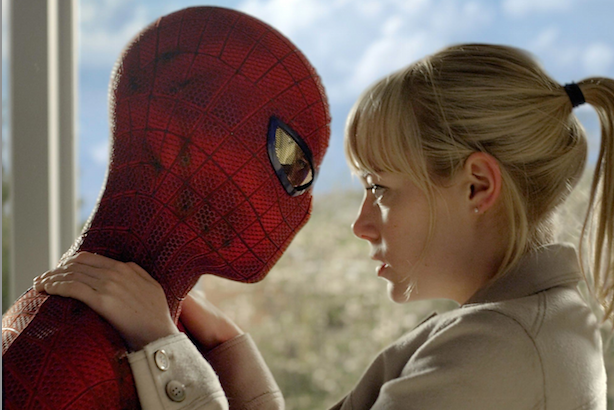 As Hollywood movers and shakers gather around the Thanksgiving table this week, they have alot to be thankful for in 2013.

To be sure, there have been, forgive the pun, turkeys like “R.I.P.D.” and “After Earth,” but a business that was buffeted by the digital revolution has begun to show signs of stabilization thanks to online players like Netflix and YouTube that have become sources of money and talent.

There is also the increasingly cosmopolitan nature of a movie and television business that has seen the value of looking beyond its borders to find investment and audiences, as well as a comic book culture that has proven itself to be a trough of inspiration and intellectual property.

To help the industry get in the holiday spirit, TheWrap has cooked up a list of five companies and trends that should feel appreciated by studio executives, movie stars and entertainment lovers around the globe.

Films with $200 million budgets are a big gamble, which is why every film studio has been looking for ways to offload risk onto other people and placate their corporate owners. Fortunately for them, plenty of wealthy individuals, banks and investment firms have stepped in to help out.

Warner Bros. relied on Legendary Pictures and Village Roadshow, both of which have helped make scores of movies over the past several years. Legendary recently bolted for Universal, but within no time Warner Bros. struck a deal with RatPac-Dune. In turn, RatPac-Dune can thank Bank of American Merrill Lynch for $300 million in credit. In addition to its new partner Legendary, Universal already had a distribution deal lined up with Cross Creek, the company that produced “Rush” and has backed another half-dozen movies coming out in the next year or so.

When Hollywood wants to make its splashy tentpoles, other people are happy to foot the bill.

Sure, there’s a piracy problem on YouTube, but the world’s largest video platform has helped Hollywood more than it’s hurt it. For one thing, it’s proven itself a valuable training ground for emerging talent. Popular YouTubers like Shane Dawson, Rafi & Benny Fine, Lucas Cruikshank and Joe Penna have all either sold shows to television, scored deals with top agencies or both.

Also read: Who Has Greenlight Power in Hollywood? A Studio by Studio Guide

YouTube (and other online video destinations like Yahoo and AOL) have given filmmakers, actors and other creative people an outlet to experiment. Jon Avnet, Mike Tollin and Ken Marino all took an idea, wrote something up and filmed it for less – less time, less money and fewer headaches. Finally, YouTube has reminded everyone how lucrative TV and film are compared to online media. While online video upstarts like Maker Studios and Machinima have massive audiences and generate millions of dollars in revenue, neither the networks nor their biggest stars are making as much as they hoped. They are looking at revenue in the millions while the biggest traditional companies are looking at billions in profits.

That’s why people envied AwesomenessTV when it sold to DreamWorks Animation. It cashed out.

There was no more consistent performer at the box office this year. Iron Man, Superman, Wolverine and Thor all delivered for their studios, and the same should happen next year when Spider-Man and Captain America swoop into multiplexes.

Hollywood has suffered a few flops in its efforts to plum every comic book imaginable – remember “The Green Lantern”? – but for the most part viewers have validated studios’ increasing reliance on comic books.

Marvel in particular has played its hand perfectly, employing a strategy that everyone is trying to mimic. Build up a few of your characters (Iron Man, Thor, Cap), release a super-team movie (“The Avengers”), and then watch as that movie propels each character to new heights.

DC will now try something similar with the Justice League, and Fox keeps chugging along with its “X-Men” movies.

Will other studios get in on the action? If they can find the right-sized tights.

The boom years of the DVD business may be gone for good, but the streaming giant is proving that there’s money in digital. It’s also helping independent filmmakers find outlets for films that might not make it to theaters or which otherwise may be consigned to the dust heap of passion projects.

As if that weren’t enough, the home entertainment company is reinventing the television industry and transforming couch potatoes into a nation of binge viewers. It’s been credited with helping audiences bone up on past season’s of “Breaking Bad,” propelling the AMC series to record ratings and making its explosive finale a “must see event.” Plus, the internet service has been busy creating watercooler television in-house with addictive programming like “House of Cards” and “Orange is the New Black,” all of which it releases a season at a time instead of doling out in single episode driblets.

This revolution is being streamed.

Also read: Netflix Gets Back Into the Movie Business: Big Deal, Little Deal or No Deal?

Who cares about the U.S.?

Moviegoers in countries like China, Brazil and Russia are responsible for the growth in the film industry while domestic audiences seem more inclined to skip the multiplex in favor of Twitter, Facebook and video games. Foreign box office now accounts for roughly 70 percent of receipts as farflung parts of the globe construct movie palaces at a furious clip (China is currently building 10 screens a day).

Moreover, overseas crowds have shown a greater appetite for 3D adventures than their U.S. counterparts, which is good news for a business that adores those premium ticket prices, and foreign companies such as Shanghai Media Group and Dalian Wanda Group have proven to be valuable sources of investment.

If the film business hits a new record in 2013, it will be because blockbusters like “Iron Man 3” and “The Hunger Games: Catching Fire” didn’t get lost in translation.