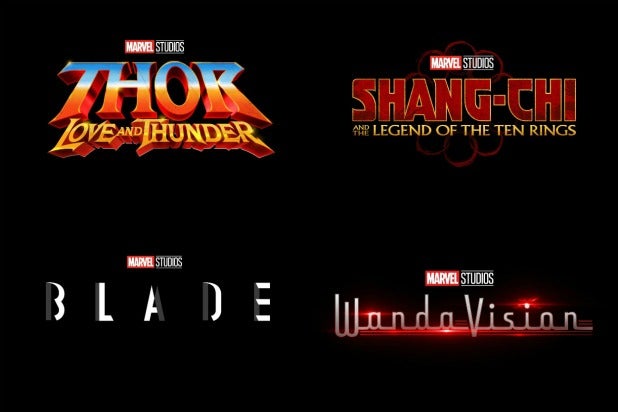 Marvel Studios returned to Comic-Con after taking last year off, and spent their 90 minutes unveiling the next two years of the Marvel Cinematic Universe. And it was absolutely chock full of shockers — so full of them that some announcements that would normally make a list like this get pushed to the wayside.

So let’s go down the list of the wildest news we got out of Marvel’s presentation.

1. “Shang-Chi and the Legend of the Ten Rings” will introduce the real Mandarin

So back in “Iron Man 3,” we got Ben Kingsley as the Mandarin — except it turned out to be a con and Kingsley was just playing a dude named Trevor Slattery pretending to be the Mandarin. But now Marvel is bringing in Tony Leung to, seemingly, play the real thing. Though it’s possible that Marvel is gonna pull a fast one and it’ll be a trick again. But probably not.

2. A grown-up Monica Rambeau will appear in “WandaVision.”

In “Captain Marvel” we met a young girl named Monica Rambeau, who we know from the comics as the cosmic superhero Photon. So we knew that Monica was gonna have a part to play in the MCU someday, but this is a surprise because it means we’re going to meet the adult Monica before “Captain Marvel 2.” I can’t help but think that this will serve as Photon’s origin story, but who knows? They gave no other real details about “WandaVision.” Except…

Also Read: Jeffrey Wright to Play The Watcher in Marvel's 'What If...?' Animated Series

3. “WandaVision” will lead directly into the next “Doctor Strange in the Multiverse of Madness”

We were already perplexed about how a show that takes place well after Vision’s death could feature him, and now we’re perplexed about Photon has to do with it, and we’re extra perplexed about what it has to do with the next “Doctor Strange.” Wanda and Monica and Strange have never even interacted with each other before! How does this all fit?!?! We can’t help but think that the parallel worlds that “Avengers: Endgame” set up will really come into play for real with these two things.

4. Natalie Portman is coming back for “Thor: Love and Thunder”

We’ve long assumed that Portman was done with the MCU forever, but “Endgame” gave us a little bit of hope with her very brief cameo appearance. And now, not only is she coming back, but Jane Foster, her character, is going to take on the Thor mantle in this film. Unbelievable. This is easily my most anticipated movie of Phase 4 of the MCU.

Kevin Feige capped off the panel with the biggest bombshell imaginable short of announcing Fantastic Four of X-Men movies: Blade is coming to the MCU, and Mahershala Ali will be the one to pick up his sword. I don’t even know what to say about this. I just love it so much. We’ve got so many questions about this, though — when are we getting a “Blade” movie? Are they going to casually drop him into other movies first? WHAT IS GOING ON?

6. Awkwafina is coming to the MCU as part of “Shang-Chi”