Barreling headlong toward each other, entertainment and technology were bound for a few collisions.

The tangled relationship between Silicon Valley and Hollywood only grew more intertwined in 2015. Can you recall any discussion of TV awards with no mention of Netflix and Amazon? Or try taking a shot at the biggest question facing music stars this year: To stream or not to stream?

While 2015 brought several technological coups for movie, TV and music junkies, it was a bumpy ride for some other passengers. Many clashes reflected how tech companies are changing basic consumer behavior (see: Netflix’s dustup with theater owners), while others stemmed from the way tech has crept into the fundamentals of giants in TV and film (take another look at the disintegration of Comcast’s merger with Time Warner Cable).

And of course, a little celebrity hubris reliably delivers debacle.

The following are five of the biggest derailments this year. 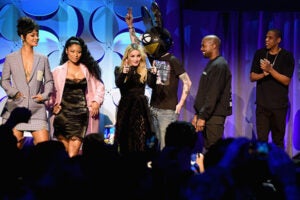 Shawn “Jay Z” Carter purchased European streaming-music service Tidal in January, in a deal worth $56 million, and relaunched the brand at a star-studded event in March.

Touting itself as the artist-owned alternative to the likes of Spotify and Pandora, Jay Z and his fellow owners — a who’s who of the globe’s biggest music names — built anticipation with savvy social media campaigning, but the buzz quickly turned to backlash.

Alicia Keys called it “a moment that will forever change music history.” But once consumers caught wind of Tidal’s $20 subscription charges for high-quality streams of audio, the owners proclamations about being the first-ever artist-owned global music service came off like the music world’s richest personalities were telling fans they should be paying them more money. 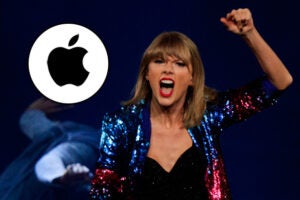 The pop starlet’s outcry over a royalty loophole in the launch of Apple’s subscription music service ended up turning into a love song, but not before one of the world’s top-selling artists went toe-to-toe with the world’s most valuable company.

At 4 a.m. on a Sunday, Swift penned a blog post and tweet warning that she would withhold her hit album “1989” from the forthcoming Apple Music subscription service. Her complaint: Apple had built a loophole into its licensing arrangements with labels at the service’s launch. During a free three-month trial period for all new subscribers, Apple would suspend royalties on any of the music trial members played.

As a conversation between two of the biggest names in music played out on social media, the saga revived a public debate about how streaming music services treat artists.

Apple was quick to capitulate. Later the same day, Apple’s head of software and services, Eddy Cue, tweeted that the electronics giant would change course and pay all artists for every stream during the trial period. Since then, Swift and Apple have deepened their relationship with a deal to stream video from her world tour exclusively on Apple Music, but not before their face-off exacerbated perception that the interests of streaming music and artists are at odds.

Samsung’s shots (and misses) at entertainment

In the mobile device world, there are two towering giants: Apple and Samsung. The two manufacturers account for the vast majority of the world’s smartphones, but where Apple thrives in entertainment offerings like iTunes digital sales, Samsung’s attempts at digital-media services keep falling flat.

Last year, Samsung launched Milk Music and Milk Video, two apps that came pre-installed on its phones. One was a streaming music service in the style of Pandora, and the other was a curated video feed promising exclusive content from partners such as Red Bull, Funny or Die and Vice.

Despite Samsung’s phones occupying the pockets of more people worldwide than any other maker, neither Milk app made much of an impact, as consumers continued to gravitate to services with proven track records of delivering music and video, like Spotify and YouTube. Samsung shut down Milk Video in September, almost exactly a year after it launched. 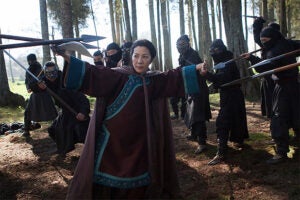 Netflix has already gone a long way toward checking off “upend television” on its to-do list. Its giant budget — set to surpass $5 billion in content spending next year — helps it recruit top talent making buzzy original shows that it releases in bingeable full-season bunches to a global audience.

It was only a matter of time before it applied its unconventional approach to film as well.

Netflix invited an uproar from movie-theater chains when it announced it would release 2016’s sequel to “Crouching Tiger, Hidden Dragon” in partnership with the Weinstein company across the globe on Netflix and at IMAX theaters at the same time. That means the film would be taking up screening real-estate in cinemas even though anyone with a Netflix subscription could watch the film the very same day in the comfort of their homes.

Netflix’s aim is to bust up the so-called windowing system for releasing movies, which reserves the availability of films to theaters for months before hitting home viewing via DVD, premium cable and, finally, those all-you-can-eat subscription services like Netflix.

But major theater chains Regal Cinemas, Cinemark and AMC rejected that proposition, saying they would not screen the sequel in their venues. That animosity lingered as Netflix released “Beasts of No Nation” simultaneously in a small number of theaters and online. 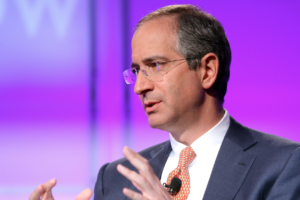 When Comcast and Time Warner Cable announced their $45 billion plan to merge in 2014, it raised the prospect of the two biggest cable providers in the country becoming one. But the deal failed to raise many red flags among industry analysts that government regulators might block the mega merger on competitive grounds. Consumer advocates were quick to protest the combination, but most experts conceded that little stood in their way because Time Warner and Comcast don’t directly compete in any city or neighborhood.

Fast forward to 2015, and the two companies have since abandoned their bid, facing the certainty that the Justice Department and the Federal Communications Commission would sue them to block it.

One fatal snag: the companies’ increasing role as internet providers. Together, Comcast and Time Warner would have controlled between 40 and 57 percent of the public’s access to broadband internet, depending on how you define it. Worries that such power could be wielded to stunt the distribution of video over the internet shifted the focus of regulators’ concerns, killing the deal. 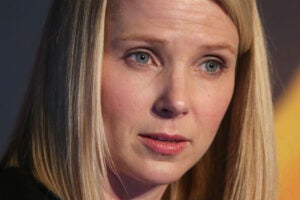 Calls for the Yahoo CEO’s ouster have grown throughout the year. She was recruited from Google to be steward of the one-time internet search giant into the new mobile age.

Since taking the reins, Mayer overhauled Yahoo’s mobile strategy and won deals with top-shelf entertainment names, including the NFL and Katie Couric. But none have managed to command the attention of consumers or investors the way one part of Yahoo’s business that has little to do with Yahoo itself has: its valuable stake in Alibaba, the Chinese e-commerce giant that notched the biggest initial public offering ever earlier this year with it U.S. stock debut.

When Yahoo’s board met this month, it said it would abandon a yearlong plan to spin its stake in Alibaba off to a holding company, looking instead to sell its core business or attempt what’s known as a reverse spinoff. That 180-degree spin amounted to a rejection of Mayer’s strategy, which counted on Alibaba’s spinoff as a prime source of value she could hand back to shareholders. 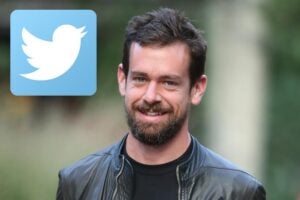 Speculation about who would lead the social network consumed Twitter’s public image after CEO Dick Costolo was ejected in June. After months, the company reinstalled Jack Dorsey, its former CEO and co-founder, but questions about its stagnant relevance linger.

With its 140-character limits and hashtags that still confuse regular Joes, the site remains plagued by complaints that it’s too complicated for wide mainstream traction. Dorsey’s mandate is to make Twitter appealing to the masses, and he has his work cut out for him: He is a rare dual CEO, helming Twitter while simultaneously acting as chief of Square, the mobile-payments company he founded in 2009.

He didn’t take long before cracking down. Soon after his return, Dorsey announced the company would lay off about 8 percent of its workforce.