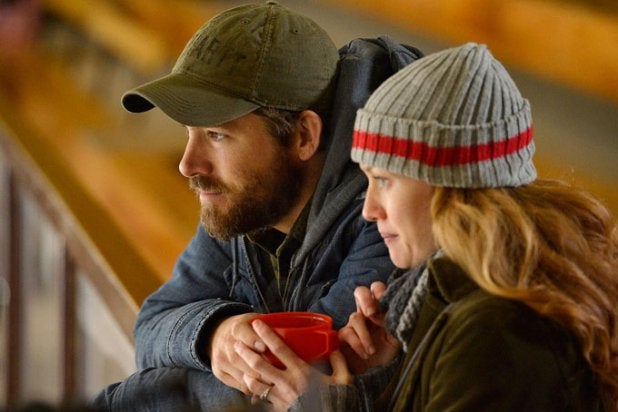 Ryan Reynolds‘ latest film, “The Captive,” has been acquired by A24, in partnership with DirecTV, for release in the United States. eOne Films International announced the sale, in conjunction with WME Global, Ego Film Arts and The Film Farm. A24 will release “The Captive” this fall.

The movie is the brainchild of Atom Egoyan, who developed the original story, wrote the screenplay with David Fraser, and directed the film. It also stars Scott Speedman (“Underworld”), Rosario Dawson (“Sin City”), Mireille Enos (“World War Z”), Kevin Durand (“Resident Evil: Retribution”), and Bruce Greenwood (“Star Trek Into Darkness”). A psychological thriller, “The Captive” is the story of what happens after a young daughter is abducted from the back seat of her father’s pick-up truck.

The film is described as examining “how this kidnapping destroys the relationships among those involved,” with many “complex threads weaving together the victim, her family, the predators and the investigators.”

“We are huge fans of Atom and are excited to be working with him on this incredible achievement”, said A24 in a statement. “The narrative is gripping and the cast is superb. We are looking forward to working with eOne and are excited for audiences to see have the chance to discover this film.”

Harold van Lier, President of eOne Films International said in a statement that they chose A24 because “they demonstrated the level of passion and commitment that we were looking for.”

“The Captive” is an official selection in competition at Cannes Film Festival 2014. Produced by Egoyan, Simone Urdl, Jennifer Weiss, and Stephen Traynor, it will be released in Canada and the UK by eOne directly.