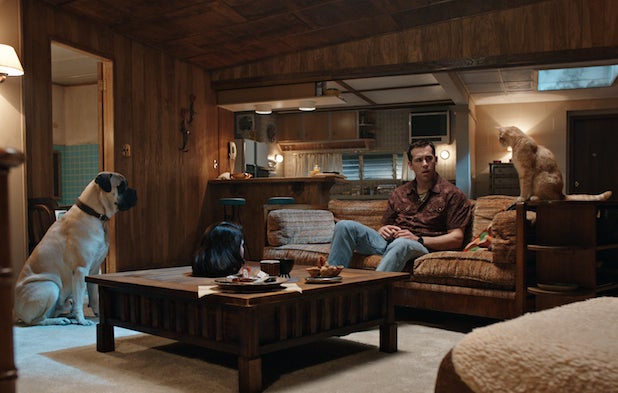 Adi Shankar and Spencer Silna produced the movie through their 1984 Private Defense Contractors banner along with Matthew Rhodes of Mandalay Vision and Roy Lee of Vertigo Entertainment. Mandalay’s Cathy Schulman was among the film’s executive producers.

“The Voices” is a genre-bending film that follows Jerry (Reynolds), a lovable but disturbed factory worker who yearns for the attention of a woman in accounting. When their relationship takes a sudden turn, we follow Jerry’s perspective as his talking pets — a sinister cat and benevolent dog — lead him down a fantastical, murderous path.

Presented by Lionsgate and 1984 Private Defense Contractors, “The Voices” is a Mandalay Vision, Studio Babelsberg and Vertigo Entertainment production.

“I am very excited and happy that Lionsgate is distributing my film. I know my baby is in great hands,” said Satrapi.

“We are really pleased to have made what’s been called the ultimate WTF horror comedy at Sundance. With their impressive ability to champion such bold, genre bending pictures, we know Lionsgate is the perfect home for this film,” added producers Rhodes and Shankar.

The deal was negotiated by Lionsgate’s president of acquisitions and co-productions Jason Constantine, SVP of acquisitions Eda Kowan and EVP of business and legal affairs Wendy Jaffe along with CAA and UTA Independent Film Group, as well as Loeb and Loeb, on behalf of the filmmakers and producers. Panorama Media’s Kim Fox handled international sales for the film.