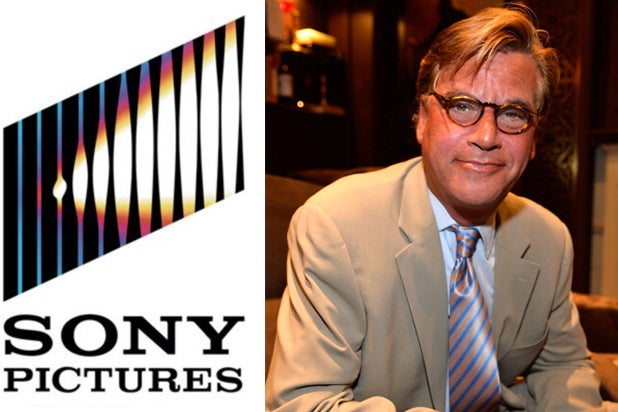 In an opinion piece published in The New York Times, the creator of “The Newsroom” and “The West Wing,” wrote:

“As a screenwriter in Hollywood who’s only two generations removed from probably being blacklisted, I’m not crazy about Americans calling other Americans un-American, so let’s just say that every news outlet that did the bidding of the Guardians of Peace is morally treasonous and spectacularly dishonorable.”

Sorkin has been on the front lines of information leaked by the so-called Guardians of Peace or #GOP. The crippling leaks began on November 24, when #GOP penetrated and brought down the studio’s computer system. Sorkin’s involvement in a biopic about Steve Jobs was one of the first in a series of embarrassing emails between Sony co-chairman Amy Pascal and producer Scott Rudin leaked in the media.

He continued: “Do the emails contain any information about Sony breaking the law? No. Misleading the public? No. Acting in direct harm to customers, the way the tobacco companies or Enron did? No. Is there even one sentence in one private email that was stolen that even hints at wrongdoing of any kind? Anything that can help, inform or protect anyone?”

Media outlets from The New York Times to Gawker have been publishing inside information about Sony from the leaked emails. The most embarrassing leak involved racially insensitive remarks between Pascal and Rudin as they speculated which movies — all of them African American-themed — that President Obama might like. Both have since publicly apologized.

As the leaks continued without any sign of flagging, media outlets have increasingly been debating the propriety of publishing the information. Sony on Sunday sent legal letters to numerous publications demanding that they stop posting data leaked by hackers, and delete any files that they had.