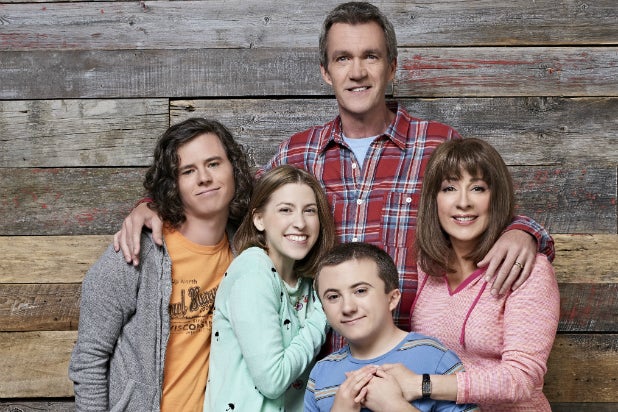 'The Middle' on ABC

We’re officially at the end of “The Middle” — or at least, the cast and crew are.

“So… we finished breaking the very last episode of #TheMiddle today,” series co-creator DeAnn Heline wrote Thursday on Twitter. “Overwhelmed with emotion. I can’t wait for you all to see it.”

Below is her tweet, which includes a photo of the script from the show’s final moments of its final scene.

Also Read: 'The Middle' Star Eden Sher Shoots Down Critic: 'The Hecks Would Not Have Voted for Trump'

So… we finished breaking the very last episode of #TheMiddle today. Overwhelmed with emotion. I can’t wait for you all to see it. pic.twitter.com/hTV1C4BIKK

Could you make much of it out? Are you crying?

Let us know in the comments section.