The potential conflict between Hyundai and AMPAS is on the way to a resolution, and the automaker will be able to run its Oscar-show commercials despite the fact that they include voiceovers from Best Actor nominee Jeff Bridges.

That’s the word from AMPAS executive director Bruce Davis, who told me at Tuesday morning’s nominations announcement that the Academy “saw this one coming a long way off” but would work with Hyundai and ABC to position the ads so that they wouldn’t run near the segment in which the Best Actor award will be handed out. 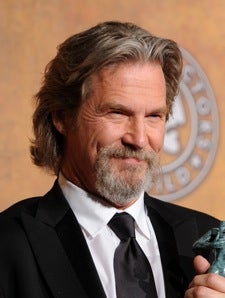 Technically, the strict AMPAS advertising guidelines say that any commercials featuring Oscar nominees, presenters or performers, whether they appear on camera or in voiceover, cannot run within one hour of the person’s appearance on the Oscar show.

With nine commercial spots (at about $1.4 million for each 30-second ad), Hyundai is the largest advertiser on the 82nd Oscar show, and the sole automotive sponsor. Bridges supplies voiceovers for all Hyundai ads, but the actor is never identified.

Although two of the ads are slated for the Oscar preshow, it would still be extremely hard to schedule the other seven without breaking the one-hour rule.  (The Oscar show itself generally contains a dozen commercial breaks.) But Davis said the Academy has always been willing to show more flexibility with unidentified voiceovers, and that they’re ready to fit the ads into the show as long as no Hyundai spots run immediately before or after the Best Actor category.

AMPAS couldn’t start to work anything out before the nominations were announced, though, because to do so would entail assuming that Bridges would be nominated.  While everybody knew he would be, the Academy cannot be seen to publicly treat any potential nominee as a sure thing.

Davis was also amused to learn that a Hyundai spokesperson told me the company was unaware of any potential conflict.

“I’ve often thought that the ABC people who are selling our ads don’t really know what our policies are,” he said.