It’s twilight at the American Film Market, and producers and distributors are taking advantage of the waning hours of the bazaar to hammer out deals. Asian films remain surprisingly resilient despite the economic downturn with several Japanese and South Korean production companies inking major distribution deals for genre offerings in the market’s final days.

In other new, there were also plenty of bones tossed to the "Ain’t It Cool" set as studios made casting announcements and floated teaser art for the next "Scream" movie and Oren Peli’s "Paranormal" followup. 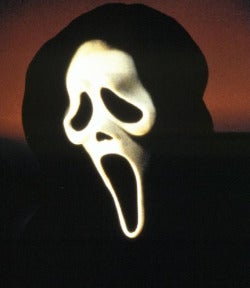 No deals, but Weinstein Company set fanboys’ tongues wagging when it released a teaser poster and update on the latest installment of the "Scream" franchise. Apparently, Neve Campbell, Courteney Cox, David Arquette, and screenwriter Kevin Williamson are back on board, but director Wes Craven remains unattached. Not much information to report in the plot department, but the tagline is "New Decade. New Rules!"

New Films snapped up worldwide rights to "Chain Letter" and will release the film domestically some time next year. The horror film centers on a serial killer who terrorizes teenagerswho fail to forward a chain letter. The company thinks it has franchise possibilities. Nikki Reed ("Twilight"), Betsy Russell and Brad Dourif star and Deon Taylor directed. Todd Slater produced through Slater Brothers Entertainment.

CJ Entertainment has sold Middle East distribution rights for the disaster movie "Haeundae" to ECS. The movie was directed by Yoon Je-kyoon and concerns a massive earthquake that devastates South Korea.

Golden Harvest will distibute "Lifting King" in Hong Kong and China. The company acquired rights from South Korea’s Mirovision. The movie, about a ragtag group of weight-lifters, has already been a hit in South Korea. 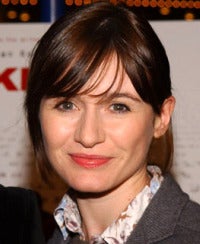 Hyde Park Entertainment Group and Essen Communications are teaming up to distribute "Leonie," a true story about the American mother of Japanese sculptor Isamu Noguchi.

“We are extremely pleased to join forces with such a talented and visually innovative director, and we’re equally excited to have Emily, Shidou and Christina aboard to bring Leonie’s incredible courage and heroism to the screen,” Ashok Amritraj, Hyde Park’s chairman and CEO said in a statement.

Nikkatsu has sold several territories for its martial arts picture "Alien Vs. Ninja." Revolver Entertainment will handle the United Kingdom and M Pictures gets Thailand.

The movie, which is still in post-production, was written and directed by Seiji Chiba. It tells the story of a group of ninjas who battle aliens that land in Japan centuries ago. It stars Masanori Mimoto, Shuji Kashiwabara, Donpei Tsuchihira and Mika Hijii. The movie is the first film released under Nikkatsu’s new gore-action label Sushi Typhoon.

No distribution yet for Oren Peli’s sophomore effort though it remains one of the market’s hottest properties. While keeping a firm lid on plot details, Peli did announce the stars of his new film, and they are, well, decidedly far from high-profile. Unknowns Reid Warner ("Eli Stone"), Darrin Bragg and Ben Rovner will topline the movie from Room 101, Solana Films and Blumhouse Productions.