On the “American Horror Story: Cult” website, which has been releasing hints and teases each week leading up to the premiere, a new puzzle appeared this week. It’s pretty simple, asking fans to rearrange a set of words to unlock five character posters.

Showrunner Ryan Murphy always loves teasing fans leading up to each season premiere, but Season 7 has been especially confusing. It’s about the 2016 election but it’s also about a cult. Twisty the Clown from “Freak Show” is involved somehow, but the new season mostly introduces new characters and actors.

Pill has never been part of an “American Horror Story” season before, joining a cast filled with new faces like Billy Eichner, Billie Lourd and Colton Haynes. As you can see in the photo above, Pill is playing Ivy Mayfair-Richards, who looks to be some kind of butcher.

So far, the only other characters we know about are the ones played by mainstays Evan Peters and Sarah Paulson, who are playing lovers.

You can check out the other character posters below, along with what we know about this vague season. 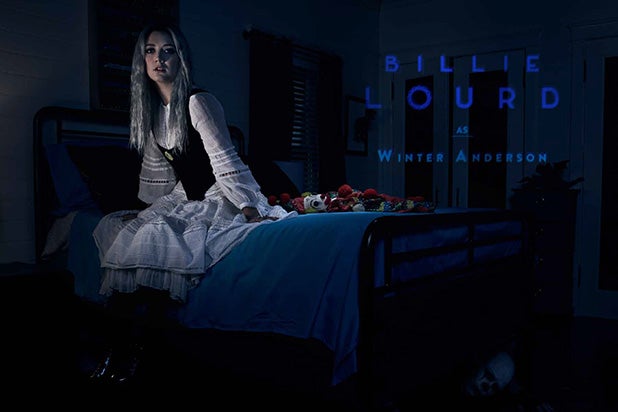 Lourd, who’s coming over to the anthology series from Murphy’s other project “Scream Queens,” will be playing Winter Anderson. Not much is known about the character — besides the fact she has gray hair. 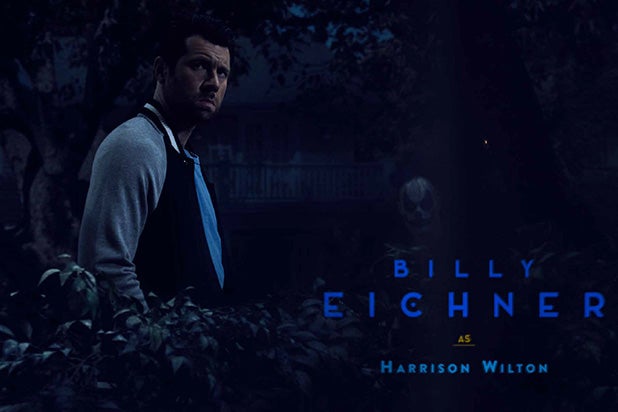 The comedian is another newcomer to the “American Horror Story” franchise. He’ll be playing Harrison Wilton. Don’t know much about this character either although interestingly, he’s the only one in the character posters that has yellow lettering.

Also Read: 'American Horror Story: Cult' Teaser Will Give You the Hives (Video) 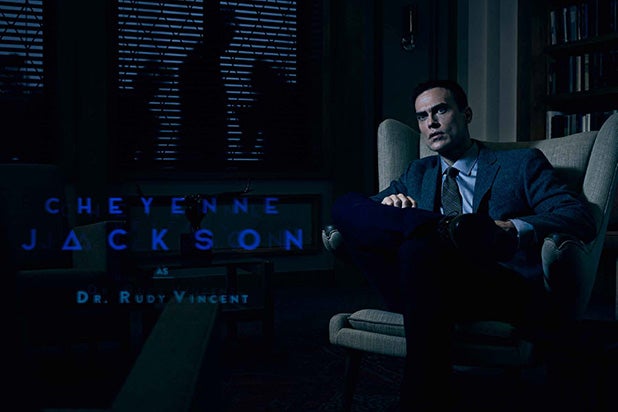 Jackson has been a part of the “American Horror Story” family since “Hotel.” He also appeared in Season 6, “Roanoke,” as Sidney Aaron James, the creator of “My Roanoke Nightmare.” From the looks of his office, he looks like some sort of therapist, but that’s just speculation. He’s also connected with the cult in some fashion, since you can see what looks like members outside his window. 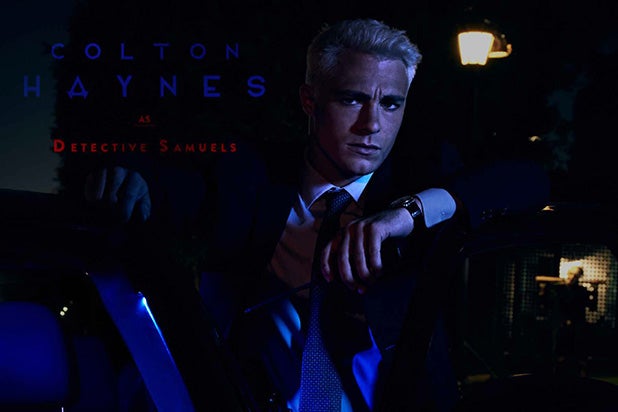 There’s a lot of new blood this season. Colton Haynes is joining the cast and will be playing Detective Samuels (no first name?). Just like Eichner’s character, the font color is also unique. He’s the only one with red.