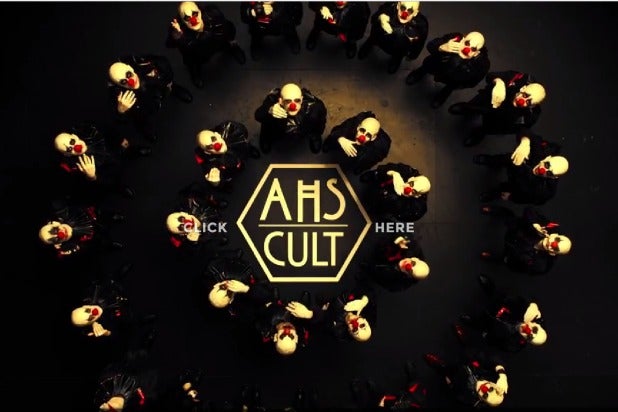 Murphy, who’s been taking to social media to announce the smallest details leading up to Season 7, once again used Instagram to tease the audience.

In the post he detailed drawings of Peters and Paulson with the “AHS: Cult” moniker. He then named them and hinted that the two will be in love.

“Ally and Kai in CULT… a love story for the ages,” he wrote.

Ally and Kai in CULT…a love story for the ages.

The drawing had already been posted online. On July 23, Paulson tweeted that she had made it her new profile picture.

This’ll be the second time that Paulson and Peters will be teaming up as a married couple in an “American Horror Story” installment. In “Roanoke,” Peters played Rory Monahan, an actor who lands a role on “My Roanoke Nightmare,” the re-enactment of the main action of the series. He meets Audrey Tindall (Paulson) on the set and the two get married.

Also Read: Ryan Murphy Says Next 'American Horror Story ' Will Be 'About the Election We Just Went Through' (Video)

However, when the two get invited back in the second half of the season to film the sequel, he decides to not continue with the show — only to be killed off by the nurses that haunted the Roanoke house.

Hopefully their marriage will go better this time? Also it’s looking like Peters — who was only minimally in “Roanoke” — will be involved more in “Cult.”

After months of speculation and a bunch of cryptic Instagram posts, FX and Murphy finally revealed the title of Season 7 at San Diego Comic-Con last week. So far, few other details have been revealed besides that it’ll be a modern-day story and that it’ll somehow involve the 2016 presidential election.

The trailer featured a creepy narration: “Do you ever feel alone. Does it seem like no one ever understands you? Do some people just make you sick? Are you afraid? We can set you free. We can make you strong. We want you.”

Billie Lourd, Colton Haynes and Billy Eichner are joining the series for Season 7, with Lena Dunham set to appear in a small role.