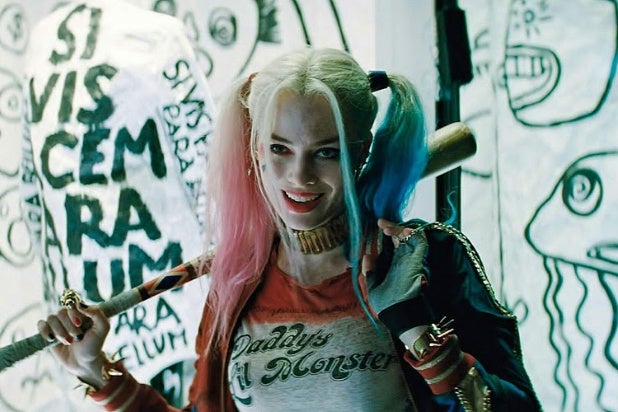 With “Aquaman” back in 2018, the DC Extended Universe tried to sorta give itself a fresh start after all the immense drama over the first few years of DC’s attempt to match the Marvel Cinematic Universe. That film acknowledged that “Justice League” happened, but only in the most minimal way possible, with a passing mention of the villain Steppenwolf. “Birds of Prey,” on the other hand, makes references to “Suicide Squad” several times.

In a way, those references function not just as Harley Quinn’s declaration of independence from the Joker — but also of the current phase of DC films from the Zack Snyder era.

If you don’t believe me, let’s discuss the first big example of “Birds of Prey” bringing up its predecessor: in the prologue, when Harley Quinn (Margot Robbie) blows up Ace Chemicals. That’s the location that, in DC lore, is where Harley became fully committed to the Joker after she fell into a vat of chemicals that are the reason why her skin has that permanent pasty white look.

“Birds of Prey” doesn’t bring up Ace Chemicals as a nod to Harley’s comic book origin, though — Harley falling into the chemicals was depicted in “Suicide Squad,” and “Birds of Prey” actually splices in a few shots from that scene as we watch Harley blow the place up.

So this is certainly Harley doing some symbolic mayhem to represent her cutting ties to the Joker. But also it works as a symbol for how these newer DC films are kinda washing their hands of the history of this shared universe and moving on.

Likewise, another early reference also fits that bill. There’s a montage in the early going of ways Harley is changing things up in the aftermath of her relationship with the Joker, and one of the things she does is cut her pigtails short. Specifically, she’s cutting her “Suicide Squad” hair.

I should note here that Harley Quinn and the Joker breaking up is actually not a “Suicide Squad” reference, as we see a brief flashback where Harley gets kicked out of their house by the Joker’s goons. So if you thought, like I did, that this breakup happened when Mr. J escaped and left her behind in that film, well apparently we were both wrong. This breakup instead must have happened some time later.

The next “Suicide Squad” reference in “Birds of Prey” came midway through, when Harley is hanging out with Cassandra Cain (Ella Jay Basco), and Cassandra makes a comment about wanting to be like Harley when she’s older. Harley replies that no one could ever be like her, unless they go through the same things she did.

And then Harley does a sort of mini-recap of her story in “Suicide Squad” — all that stuff with the Joker, then getting arrested by Batman, and then getting released from jail with a bomb strapped to her neck and having to save the world from the evil ancient spirit lady. So yeah, in case it wasn’t clear, all that stuff is still canon.

The final time “Suicide Squad” things come up in “Birds of Prey” is just before the final big showdown outside Harley’s funhouse. The Birds of Prey have finally assembled, and Harley is opening up her stash of weapons and stuff so they’ll have a chance against the army of goons outside. And when Renee Montoya (Rosie Perez) digs around in that stash for something she wants to use, she pulls out the “Daddy’s Lil Monster” shirt that Harley wore in “Suicide Squad.”

Harley, amusingly, looks at the thing with disdain and tells Montoya to get rid of it.

So there you have it. “Birds of Prey” and the DC Extended Universe in general are not trying to delete the past, but instead just trying to move on from it. So while “Batman V Superman” and “Suicide Squad” and “Justice League” will always be part of this franchise’s canonical history, it doesn’t seem like any of that stuff will ever actually matter. “Wonder Woman” being an exception because that film stood on its own and had no meaningful relationship with the other movies. And also it was actually good and well liked.

On the other hand, we’re getting another “Suicide Squad” movie next year, and it’ll be very interesting to see how much, if at all, it follows up on the story in the original. The James Gunn sequel will bring back several characters from the first movie, including Harley, so anything is possible.