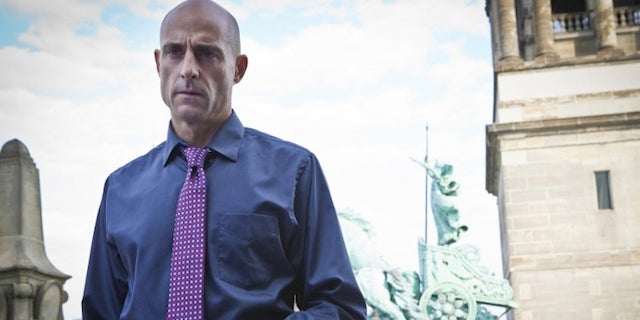 It was much expected, but AMC just made it official: ‘Low Winter Sun’ has not been renewed for second season. A network representative confirmed the cancelation to TheWrap, but would not comment further.

An adaptation of a U.K. miniseries, the show suffered a steep ratings decline over its season. “Low Winter Sun” debuted to 2.5 million viewers in August, but later episodes fell below the 1 million mark. It was eventually moved from Sundays at 10 p.m. to 11 p.m., where it finished its run.

The series followed Detroit homicide detectives Frank Agnew (Mark Strong) and Joe Geddes (Lennie James) who murdered a fellow cop and tried to cover it up as a suicide. But, the coroner saw through it and declared the death a homicide, making things complicated for the cops.

See video: ‘Low Winter Sun’ First Look: Frank Is Down But Not Out (Exclusive)

Things got so bleak for the series, Ransone even told TheWrap, “If it doesn’t get canceled, I’ll be goddamn shocked. The ratings were terrible.”