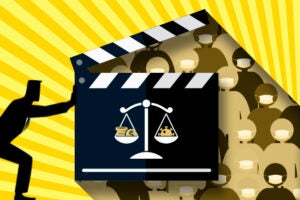 Can Hollywood Get Insurance on New Film and TV Production Amid Pandemic?

In some ways, the animation industry has naturally prepared for an emergency like the COVID-19 pandemic

The COVID-19 pandemic has completely frozen live-action filming in Hollywood. But thanks to technological advances, the animation industry has been a completely different story.

Animation studios  — including Pixar, Warner Animation Group and Illumination — have been able to continue their work remotely. This means that production on upcoming films like “Raya and the Last Dragon,” “Minions: The Rise of Gru,” and “Tom & Jerry” has been able to move forward with minimal delays.

And perhaps even more importantly, this means that animators have largely been spared from the wave of furloughs and layoffs that have beset many industries both in Hollywood and around the world.

“Animation work can be seasonal and layoffs do happen during the natural course of production. But we are not seeing substantial layoffs due to the coronavirus,” Steve Kaplan, Business Representative of The Animation Guild, IATSE Local 839, told TheWrap. “In fact, we continue to sign up new members to the Animation Guild on a weekly basis as the studios make new hires. In the last few weeks, we sent out half a dozen hiring notices from studios, such as Bento Box and Netflix. Overall, the studios are hiring, not firing.”

Also Read: How Pandemic Could Delay 60% of Scripted Shows and Change TV Production

To some degree, the natural evolution of animation has prepared the medium for a situation like the COVID-19 shutdown. Animated films and TV shows have for years been developed by various teams operating across countries and sometimes even continents, and collaborating has been made easier with the development of teleconferencing and improved file sharing. Advancements in computing power have also made it easier for animators to work from home; and when extra processing capability is needed, studios are able to use private networks to connect to studio servers.

Having those tools was important for Allison Abbate, EVP and co-creative head at Warner Animation Group. Abbate has worked as an animation producer for more than 30 years, with credits including “The Nightmare Before Christmas,” “Space Jam,” “The Iron Giant” and “The Lego Movie.” When the pandemic arrived in Southern California, she had been overseeing production at WAG on films like the live-action/animation hybrids “Tom & Jerry” and “Space Jam: A New Legacy,” as well as putting the final touches on “Scoob!”, which was released on-demand this past weekend. She tells TheWrap that quick preparation and some good fortune helped put the studio in a position to easily shift to remote work.

“We knew that the shut down was coming, so we were able to get out ahead of it a week before the WB backlot had to close and send a lot of people home early,” she said. “‘Scoob!’ was the exception. We were almost finished and had some final lighting and composition work we had to get done. The ‘Scoob!’ animators were there in the studio right until the very end. We were the last people on the WB lot.”

Projects in storyboarding and other pre-production phases have transferred to teleconferencing to continue their work, similar to online writing rooms that have been created for TV shows over the past two months. For “Tom & Jerry” and “Space Jam 2,” WAG was fortunate enough that live-action filming for both projects had finished before the shutdown, allowing the studio to move forward on the animation process with vendor studios that WAG was already working with on a remote basis like Framestore, which is based in London, and Industrial Light & Magic, which is located in San Francisco.

“When we were working on ‘Scoob!’, we had studios in Dallas and Montreal that the director needed to be connected with at all times. So we set up a remote system, so he could be tethered in to all the teams,” Abbate said. “We just used that technology to create a new remote workflow even for groups that wouldn’t usually have to do that. With ‘Space Jam,” we would have had our workers in L.A., but now they can all keep working remotely with this system.”

It’s not a perfect replacement, though. While nothing has been fully shut down, Abbate says that WAG’s work rate is “about 75-80%” of how it would normally operate. Many animators and storyboarders are still used to working in an office environment where ideas are rapidly shared in meetings. And while private networks allow for complex animation and rendering to continue to remotely, it still doesn’t happen as fast as it does on studio computers, particularly when multiple animators are using the network’s bandwidth simultaneously.

That’s why Abbate is looking forward to the day WAG’s animators and staff can return to their Burbank lot. The good news is that since animation studios are closer to a typical office environment than a Hollywood soundstage, the social distancing protocols that need to be figured out are far more straightforward than the long list of issues surrounding live-action productions that studios and entertainment guilds are in the process of figuring out. Individuals with knowledge of ongoing safety discussions tell TheWrap that animators will still have to figure out changes to their usual business, such as storyboard meetings and other collaborative work whenever they can return. Among the protocols that will likely be implemented are staggered work times for studio employees, which would be a change from the usual environment of having entire development teams together at once.

The good news is that the theatrical release date changes forced by COVID-19 theater closures are giving animation studios the time they need to both figure out changes to their workflow and get projects done despite any slowdowns in productivity from working remotely. Some studios have pushed back releases on later animated films to give their original slots to films that were set to open earlier.

Disney, for example, has moved the release of Pixar’s “Soul” from June to Thanksgiving weekend while pushing “Raya and the Last Dragon,” which held that November slot, to March 2021. Universal pushed Illumination’s “Minions: The Rise of Gru” to July 2021, taking a slot held by “Sing 2,” which was pushed to Christmas 2021. Individuals with knowledge of both studios’ production work tell TheWrap that work on those films is still moving ahead. Paramount is also moving forward on its upcoming animated films, which include “Rumble” and “The Tiger’s Apprentice.”

WAG, meanwhile, is still on schedule to have “Tom and Jerry” ready for release this December, and Abbate is proud of how well her team has been able to rebound despite the shock of the shutdown.

“Every project has had its own unique challenges brought by this situation, but I’m so impressed with how patient and adaptable everyone has been through this process,” Abbate said. “We’ve been cooking through the last two months and haven’t had to stop anything that we’re working on.”