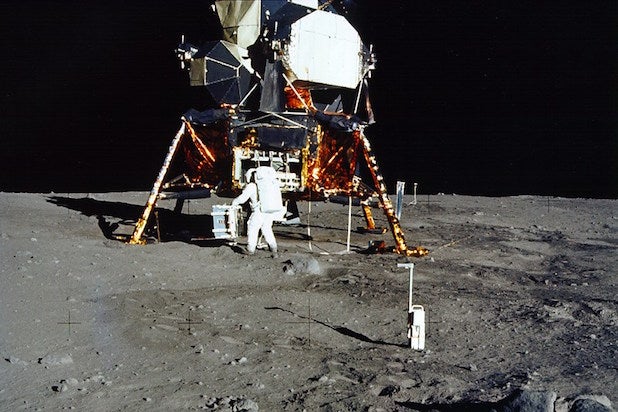 After a 2018 where the indie box office was defined by documentaries, two of the studios that fueled that boom, NEON and CNN Films, are back with Todd Douglas Miller’s “Apollo 11,” which takes a look at the iconic moon landing on its 50th anniversary.

The film opened exclusively on 120 IMAX screens this weekend and earned $1.65 million, scoring a strong per screen average of $13,750. By comparison, that is a higher PSA than what “Won’t You Be My Neighbor” earned last year after its first expansion to 96 screens, earning an average of $10,445. The documentary will expand nationwide next weekend, and will do so with a rare 100 percent Rotten Tomatoes score.

Also Read: 'How to Train Your Dragon 3' Edges Out 'Madea' to Stay Atop Box Office

But the biggest per screen average went to A24’s “Climax,” Gaspar Noe’s subversive, nightmarish film about a French dance troupe that turns on each other after unknowingly drinking LSD-laced sangria at a party. Released on five screens, the film grossed $121,655 for a PSA of $24,331. The film will expand next weekend prior to a nationwide release on March 15, and currently holds an 87 percent Rotten Tomatoes score.

Elsewhere, Fathom Events’ broadcast of the Met Opera’s “La Fille du Regiment” made $1.07 million on Saturday from 732 theaters. Among holdovers, Focus Features’ “Everybody Knows” crossed the $1 million mark in its fourth weekend, earning $481,000 from 206 screens.