At long last (and boy, do we mean long), FX has a premiere date for the third season of “Atlanta.”

The third season of the Donald Glover-created series will premiere the first two episodes on Thursday, March 24, at 10 p.m. Episodes will be available for next-day streaming on Hulu like all other FX series.

FX will run a new teaser trailer in ESPN and ABC’s slate of NBA games on Christmas Day. 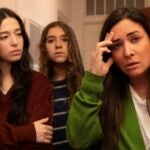 Taking place almost entirely in Europe, Season 3 finds “Earn” (Glover), “Alfred / ‘Paper Boi’” (Brian Tyree Henry), “Darius” (LaKeith Stanfield) and “Van” (Zazie Beetz) in the midst of a successful European tour, as the group navigates their new surroundings as outsiders, and struggle to adjust to the newfound success they had aspired to.

It’s been a long wait for the third season of Glover’s claimed series. The second season, which was subtitled “Atlanta Robbin’ Season” aired back in 2018. Over the course of the show’s first two seasons, “Atlanta” was nominated for 22 Emmy Awards and won 5, including Outstanding Lead Actor in a Comedy Series for Glover.

Also Read:
All The ‘Spider-Man: No Way Home’ Theories That Ended Up Being True

The pandemic and Glover’s busy work schedule made production on the comedy particularly difficult to map out, as Seasons 3 and 4 had been intended to shoot back-to-back after the fourth-season pickup was announced in August 2019.