Attention, funny filmmakers and DIY comics: on Thursday, Atom.com will announce something called the “World Famous Cash-Money Internet Comedy Tournament,” which is pretty much exactly what it sounds like: a weekly competition in which humorous videos uploaded to the Atom website will compete for cash prizes, and for the opportunity to be shown on Atom’s two television series, “Atom TV” on Comedy Central and “The Atom Show” on MTV. 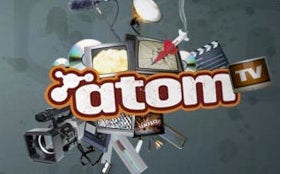 The initial invitations to compete will go to the filmmakers involved in this weekend’s L.A. Comedy Shorts Film Festival, but the competition is also open to anyone who submits a video.

The tournament will award weekly prizes in the amount of $500, $250 and $100; Atom execs will also choose videos – “regularly,” they say, although there’s no set quota for how many will make the cut – to be shown on the Atom website, on its two television shows and through its mobile partners, Verizon and AT&T.

“The Atom Show” debuts on MTV2 on April 16, while “Atom TV” begins its third season on Comedy Central on May 17.

The tournament website, tournament.atom.com, will go live on Thursday, April 15 at 8 am Pacific.