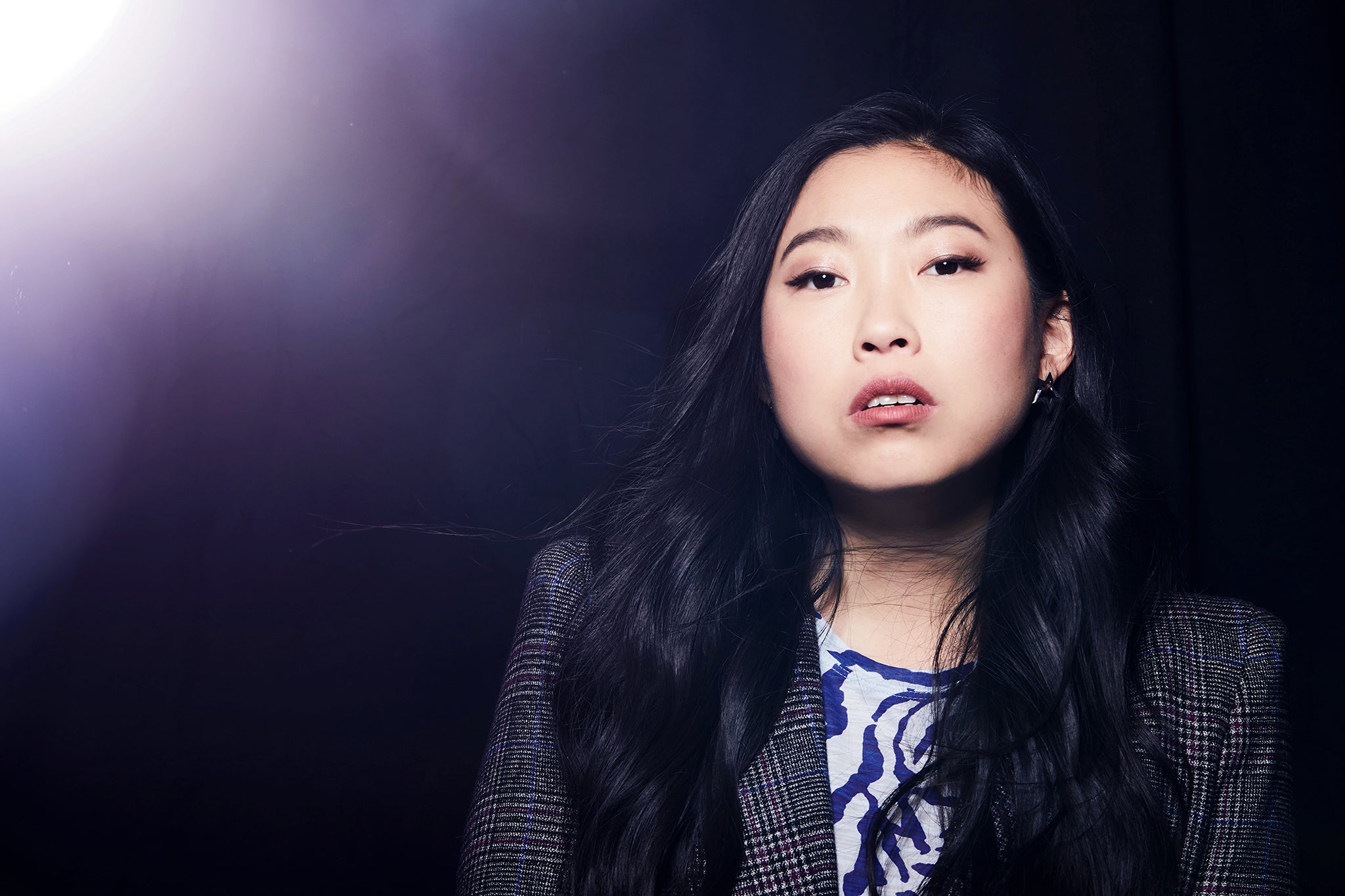 Awkwafina on the Personal Tragedy That Connected Her to ‘The Farewell’

This story about Awkwafina and “The Farewell” first appeared in the Race Begins issue of TheWrap’s Oscar magazine.

For Awkwafina, “The Farewell” was personal. The film follows a family that learns its matriarch has only a short while to live — but rather than break the news to her, they plan a big family wedding so they can all spend time together. It’s loosely based on a personal experience that director Lulu Wang first discussed on the “What You Don’t Know” episode of the radio series “This American Life.”

“It was a story that I felt very deeply connected to — I felt like it was the first story for me as an Asian-American girl that I saw that was genuinely something I could understand and something that really resonated,” said Awkwafina, whose real name is Nora Lum. “I was flabbergasted at how much I related to the material and how that ties into my personal life, in which I was raised by my grandma.”

The strong bond with her grandmother came because Awkwafina lost her mother at the age of 4. “My connection with (my grandmother) is very deep, and I don’t often see a relationship like that explored to the lengths that it is,” she said. “I think that there’s a very specific way my family has always dealt with loss, and that really rings true in ‘The Farewell.’ It’s this game of wanting to be OK and present yourself as OK, but on the inside not really knowing what to do with that grief.”

The first time she showed her grandmother “The Farewell,” Awkwafina explained, her grandma got up at a crucial moment in the movie to start cooking. “I was like, ‘Grandma, what are you doing?’ And she was like, ‘It’s fine, I have to cook!’ I think the first time I showed it to her, she didn’t gain anything from it — like, she didn’t know much about it other than that I was in it. 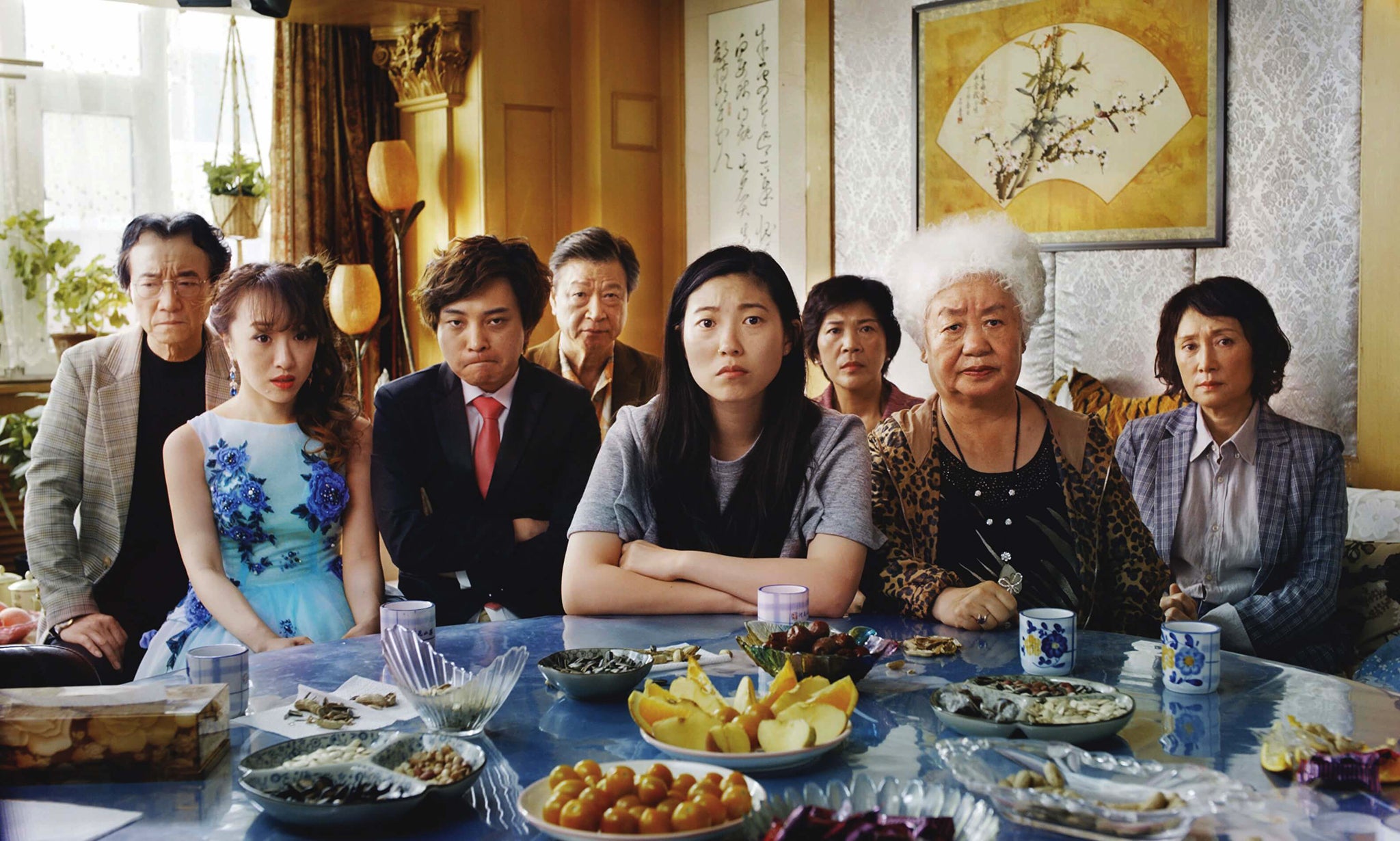 “But when she went to see it in a theater, she called me and she was like, ‘Oh, my God, I am obsessed with the grandma.’ She and Diana Lin (who plays Awkawfina’s mother) are like best friends. They FaceTime all the time. So she was really into it, and I think she was proud, so that’s cool.”

Awkwafina said she identified with her character, Billi, and her struggles as a young Asian American. “She negotiates between our two identities and she feels lost but doesn’t really know how to communicate it properly. And I think that for certain people, that really hits home.”

The rapper-turned-actress has broken out in studio hits like “Ocean’s Eight” and “Crazy Rich Asians,” but “The Farewell” was her first dramatic role — and it was one in which she would be speaking Chinese even though she’s not fluent in the language. “I was a little nervous about that,” she said. “I didn’t think it was something that I wouldn’t be capable of, it was something that I would have to work for.” She studied Chinese with a tutor at the New School in New York City multiple times a week.

Awkwafina was also drawn to “The Farewell,” she said, because the film filled a hole by showing the kind of characters she never saw on screen. “Growing up, I worked in an independent video store,” she said. “So we had all kinds of different countries, and we had this Asian-American section. I just like zoomed through it, and ‘Saving Face’ was missing, (and) all of these movies that I loved. The Asian-American genre has always existed, but I think never before has it really crossed that line.

“We really have to thank projects like ‘Black Panther,’ ‘Crazy Rich Asians,’ movies that brought something else to the box office that people thought was missing. I say this a lot, but with ‘Crazy Rich Asians,’ people left the theater crying tears of joy because it’s a very joyous celebration of representation. Whereas with ‘The Farewell,’ that representation is still there but there’s also a universal aspect of loss and grief that really speaks very specifically to certain people. So to see reactions to ‘The Farewell’ has been devastating. It’s crazy, it’s awesome.”