Barbara Ehrenreich, the political activist and author best known for her book “Nickel and Dimed: On (Not) Getting By in America,” has died. She was 81 years old.

According to The New York Times, Ehrenreich died of a stroke on Thursday at a hospice facility in Alexandria, Virginia, where she also lived.

Ehrenreich’s book, “Nickel and Dimed,” was a a memoir, telling audiences about three months of her life undercover, which she spent surviving on a series of minimum-wage jobs. Ehrenreich’s reporting on her experiences was so powerful that the book became a best seller and a staple of social justice literature.

“Many people praised me for my bravery for having done this, to which I could only say: Millions of people do this kind of work every day for their entire lives — haven’t you noticed them?” she said while accepting the Erasmus Prize for her work in investigative journalism in 2018. 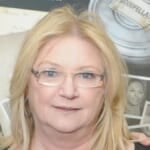 Also Read:
Amanda Mackey, Who Cast ‘A League of Their Own,’ ‘Rocky IV’ and Dozens More, Dies at 70

Beyond her writing, Ehrenreich worked with several organizations as a founder, adviser and board member. She worked with the National Abortion Rights Action League and was open about the fact that she had two abortions.

In addition to “Nickel and Dimed,” Ehrenreich penned 20 other books, and was an award-winning columnist for The New York Times.

Ehrenreich was married twice, from 1966-82 and from 1983-93. She is survived by a daughter, Rosa Brooks, a son, Ben Ehrenreich, three grandchildren, and two siblings, Benjamin Alexander Jr. and Diane Alexander. 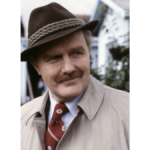