With the IATSE contract recently ratified, a group of seasoned production designers and costume designers were asked what advice they would give the next generation of people entering their fields.

Yates offered that advice during a panel titled “Behind the Scenes & Below the Line,” moderated by Yasmin Dunn of the Hollywood Commission.

“I feel that the younger generation as a whole is a little bit wiser than us about taking care of themselves,” Sharen Davis said. “I mean, I’m going to say for the last 10 years people have been complaining that ‘oh these young people they don’t want to stay, they don’t want to work late,’ but they’re truly taking care of themselves. Work is over, this is a job, and I am leaving.” 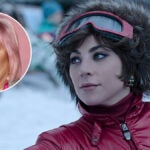 Davis added, “So I tell them to respect that, respect how you feel about that, but while you are at work do 100%. Do your best and keep a great attitude and don’t, like Janty said, the ‘no’ thing, don’t ever say ‘no.’ Just work around that.”

West added, “I thought the producers must be going crazy, that’s why he (Malick) uses all private money. No one can say anything. A Terrence Malick movie is, like, so calm and old fashioned. You have time to think and create and he is so respectful of every single person. I’ve never heard him raise his voice at anyone but imagine a call sheet with a scene to be shot only if the magic presents itself.”

Sue Chan urged young people to learn as much as possible on set.

“I always tell them to ask a lot of questions. I think that there is so much that you don’t know, there’s so much that I don’t know. I think that a day should not go by in which you don’t ask a question of somebody or everybody in the art department,” said Chan. “Trust your instincts as you develop. Work with good people, don’t work with bad people.”

Davis added, “Every film with a different director and a different crew is completely different from the next. So if you’ve done four films and you think you know it all, you can’t go in with that attitude. You’ve got to know that you have to come in, it’s a clean slate and it’s a new canvas to paint. It’s always entirely different. So always just be aware and listen and learn.”

Watch the full “Behind the Scenes & Below the Line” conversation here.