Two more NFL playoff games went down to the wire and Fox and CBS were the beneficiaries (along with Bengals and Rams fans).

CBS averaged 47.8 million viewers for its broadcast of the AFC Championship Game on Sunday afternoon, which saw the Cincinnati Bengals and second-year quarterback Joe Burrow upset Patrick Mahomes and the Kansas City Chiefs to punch the team’s first Super Bowl ticket since the late 1980s.

The game was up 13% in viewers from last year’s AFC Championship Game, which aired in the late window.

For the second straight week, the Chiefs went into overtime but this time Mahomes threw a costly interception and the Bengals kicked the game-winning field goal. The AFC Championship Game was the most-watched NFL championship game in that early afternoon window in six years. 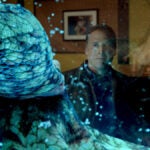 Also Read:
Will Syfy’s ‘Resident Alien’ Season 2 Ratings Be (Even More) Out of This World?

Over in the NFC on Fox, the Los Angeles Rams outlasted division nemesis, the San Francisco 49ers to become the second team (in back-to-back years) to get to play the Super Bowl in their home stadium. That game, which averaged 50.42 million viewers across Fox, Fox Deportes, Fox Sports streaming platforms, NFL digital and Yahoo! Sports properties, also came down to the wire with the Rams picking off a Jimmy Garappolo desperation throw to seal the game.

The Cincinnati Bengals will “host” the Los Angeles Rams in Super Bowl LVI on Feb. 13 on NBC. After the game, NBC will kick it over to Winter Olympics coverage, which begins this Friday.