AMC released the trailer Thursday for the sixth and final season of “Better Call Saul,” which which will premiere with two back-to-back-episodes on April 18 on AMC and AMC+. The 13-episode season will be in two parts, with the last six episodes beginning their rollout July 11.

The trailer includes an aerial shot of a HAZMAT-suited team laying out several body bags on the lawn, someone gunning for Gus (Giancarlo Esposito), and Mike (Jonathan Banks) warning Saul Goodman (Bob Odenkirk), “Whatever happens next, it’s not gonna go down the way you think it is.”

While Bob and Kim (Rhea Seehorn) deal with their own crises, Mike, Gus, Nacho (Michael Mando) and Lalo (Tony Dalton) are “locked into a game of cat and mouse with mortal stakes,” AMC teases. 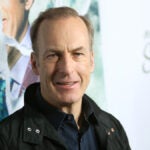