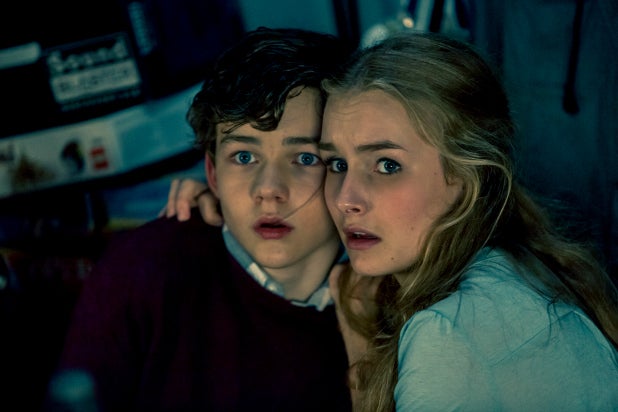 The generation that grew up on “Home Alone” has come to realize that Kevin McCallister was a sadistic little monster; one much-shared online article posits that he grew up to be Jigsaw in the “Saw” movies, while another hearty soul tested some of little Kevin’s deathtraps on a ballistics dummy.

To the growing re-evaluation of the 1990 holiday hit’s dark underpinnings, add the new horror comedy “Better Watch Out,” which examines both the mayhem involved in fending off home invaders and the twisted psyche required to come up with such ingenious (and deadly) snares.

As a self-professed (and self-inflicted) Christmas movie expert, I’ve sat through my share of dismal holiday horrors over the years, but “Better Watch Out” is among the sub-genre’s gems. Director Chris Peckover (who co-scripted with Zack Kahn) adroitly manages the Christmas/carnage ratio; there’s no shortage of snow, twinkle lights and garish sweaters, but there are also plenty of dark deeds and nefarious doings.

Also Read: 'It' Hovers Past $500 Million at Worldwide Box Office

As his parents (Virginia Madsen and Patrick Warburton in brief but effective cameos) head out for a holiday party, almost-13-year-old Luke (Levi Miller, “Pan”) is thrilled to be baby-sat by college-bound Ashley (Olivia DeJonge, “Will”). She’s a mature young woman, but her tween charge has decided he’s old enough to get romantic and seductive with her, particularly if the two sit and watch a scary movie first.

But then a mysterious, unsolicited pizza delivery shows up. And there are some strange noises outside. And Ashley’s estranged boyfriend keeps calling. And the surprises in “Better Watch Out” are such chilling fun — and they keep coming, all the way to the closing credits — that it’s best not to give away anything else that happens.

Cinematographer Carl Robinson shoots Luke’s house with such rich coziness that it’s almost a parody of holiday cheer — ironically, this snowy Christmas was filmed on a soundstage in Australia, where they never happen — which makes the perfect backdrop to the loony violence that follows. Both the screenplay and the editing by Julie-Anne De Ruvo (“Please Like Me”) maintain the intricate plate-spinning required to go back and forth between laughs and screams, all the while imperceptibly boosting the tension as the night progresses.

DeJonge makes an effective foil throughout; she’s smart, strong and ready to get out of this gossipy suburb, and she’s certainly no shrinking violet as the outside world encroaches. Ed Oxenbould (“The Visit”) gets a lot out of the sidekick role as Luke’s horned-up best friend Garrett; his performance calls to mind Anthony Rapp’s screen debut in “Adventures in Babysitting” — and that’s a compliment.

Ultimately, “Better Watch Out” belongs to Miller, who deserves a vehicle this strong after being the sole bright spot of the wreckage that was “Pan.” On the earliest precipice of manhood, Luke isn’t nearly as sophisticated as he thinks he is — at one point, Luke and Garrett play “f–k, marry, kill” with the female characters from “Adventure Time” — but while his attempts at seducing Ashley might be clumsy, he’s downright precocious when it comes to deviousness.

Delightfully unpredictable and surprisingly shocking, this is the kind of wintry wickedness that will see you through both Halloween and Christmas, especially if you like those holiday flavors together.