NBA’s legendary 11-time champion Bill Russell died Saturday, it was announced on his official Twitter account. He was 88.

No further details about his passing or cause of death have been released.

Russell holds the record for the most championships won by any player in NBA history and is tied with Montreal Canadiens hockey star Henri Richard for the most won by any athlete in a North American sports league. Russell won all 11 of his championship rings with the Boston Celtics between 1957 and 1969, including eight consecutive between 1959 and 1966. He was inducted into the Naismith Basketball Hall of Fame as a player in 1975 and again as a coach in 2021.

Russell’s last two championships with the Celtics in 1968 and 1969 were also achieved with him as a player-coach, replacing his legendary coach Red Auerbach after his retirement at the end of the 1966-67 season and becoming the first Black coach in NBA history. Many of Russell’s victories came at the expense of the Los Angeles Lakers, as Russell defeated legends like Jerry West, Elgin Baylor and Wilt Chamberlain in the NBA Finals. 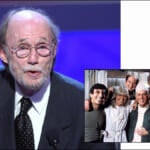 Along with his basketball success, Russell was known for his fight against racism before, during and after the Civil Rights Era. In several interviews, he discussed how he and his Black teammates faced racist abuse even at the peak of their success. As he won a pair of NCAA titles for the University of San Francisco, Russell faced taunts and slurs from white students, and during much of his Celtics career, he was forced to stay in segregated hotels when the team played road games in the Jim Crow South. He recalled how attendance at the Boston Garden was much higher for the all-white Boston Bruins hockey team than it was for the Celtics during much of his career despite being the basketball team’s much greater success.

In 1967, Russell was one of 10 Black athletes who joined boxing legend Muhammad Ali to support his refusal to serve in the Vietnam War. Other athletes present included UCLA basketball star and future Lakers legend Kareem Abdul-Jabbar (known as Lew Alcindor at the time) and Cleveland Browns football star Jim Brown. Russell’s frustration with the racist treatment he received in Boston during his career led to decades of much publicized animosity with Celtics fans and even refusing to attend his number retirement ceremony at the Boston Garden in 1972. Russell finally had a moment of reconciliation with Boston and the Celtics fans when the team hung his number in the rafters of their new arena, the TD Garden, in 1999. 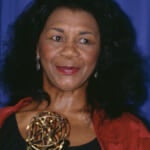 For his achievements both on and off the court, the NBA renamed its Finals MVP trophy after Russell in 2009, with the legend on hand to present the trophy to Lakers superstar Kobe Bryant. Two years later, President Barack Obama presented Russell with the Presidential Medal of Freedom.

“Bill stood for something much bigger than sports: the values of equality, respect and inclusion that he stamped into the DNA of our league,” NBA Commissioner Adam Silver said in a statement. “At the height of his athletic career, Bill advocated vigorously for civil rights and social justice, a legacy he passed down to generations of NBA players who followed in his footsteps. Through the taunts, threats and unthinkable adversity, Bill rose above it all and remained true to his belief that everyone deserves to be treated with dignity.”