A film adaptation of the first-person shooter video game “Bioshock” is in the works at Netflix.

The streamer has partnered with the video game’s parent company Take-Two Interactive, in a deal that took about to a year to close, to develop a possible cinematic universe. The film will be produced by Take Two along with Roy Lee’s Vertigo Entertainment.

“Netflix is among the best and most forward-thinking storytellers in all of entertainment today,” said Strauss Zelnick, chairman and CEO of Take-Two Interactive. “We are thrilled that they share our vision and commitment to the BioShock franchise, which is beloved by millions of fans around the world. 2K’s Cloud Chamber studio is deep in active development on the next iteration of the series, and coupled with our partnership with Netflix, we remain highly confident that BioShock will continue to captivate and engage audiences like never before.” 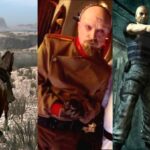 Across the titles’ original releases as well as multiple re-releases, remastered editions and bundled collections, “BioShock” has sold more than 39 million copies worldwide, and is widely recognized as one of the most celebrated and beloved series in all of gaming. The next installment is currently in development by Cloud Chamber.

No writer or director is attached at this time. 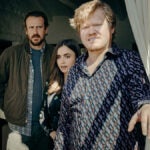 “Bioshock” was previously in development back in 2008 at Universal with “Pirates of the Caribbean” director Gore Verbinksi attached to direct with a script by John Logan. Juan Carlos Fresnadillo then later became attached to direct with Verbinski taking on a producer role. The film was eventually shelved due to budget concerns.