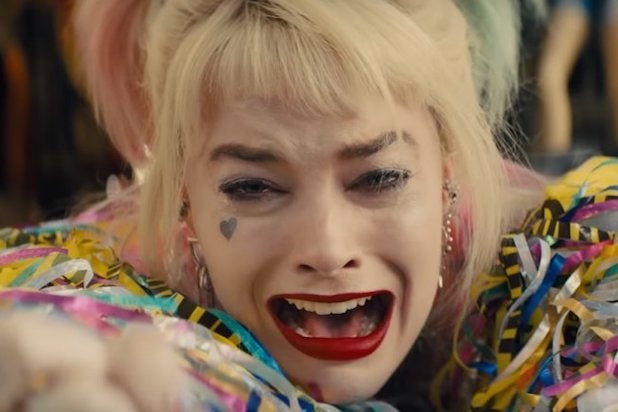 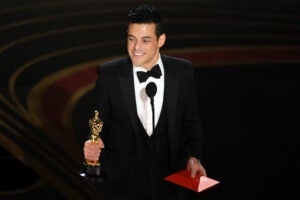 After Oscars, ABC Will Remain Last in Viewers Among Big 4 – But Maybe Not in Key Demo

Harley Quinn just might not be as popular as we thought

What was supposed to be a weekend that kept January’s brisk box office pace going turned upside down quickly as Warner Bros.’ “Birds of Prey” failed to take flight on its opening weekend. With a $33 million debut, Margot Robbie’s Harley Quinn fell well short of the $55 million projections that independent trackers had set this past week.

Much like “Doctor Sleep,” a Warner Bros. film that got strong reception from its audience but failed to grow that audience enough, “Birds of Prey” did well with those who saw it. Critics gave it a 83% Rotten Tomatoes score while audiences gave it a B+ on CinemaScore and a 4/5 on Postrak. While that word of mouth may help reduce the film’s drop next weekend, it will now take incredible legs and help from an overseas market hit hard by the coronavirus for this film to do more than break even.

Hindsight is always 20/20, but it seems that the obstacles that appeared to be easy hurdles for “Birds of Prey” to clear ended up being much more damaging to the film’s ticket sales than we previously thought. Here are some of those hurdles:

It’s fashionable to not care about the Oscars, but it’s possible that “Birds of Prey” might have had trouble gaining word of mouth because of the talk surrounding this year’s awards contenders and Oscar Sunday’s earlier-than-usual date. Not only are the Academy Awards taking place earlier in the year than ever, but this is first time since 2013 that five Best Picture nominees have grossed over $100 million in North America, and the two front-runners, “1917” and “Parasite,” are still in theaters.

While in past years the Oscars has relied on one or two popular contenders like “Black Panther” to curry interest while only one or two late releases like “The Revenant” are still major factors in theaters, this year’s field is far more widely known and has had more contenders bringing audiences to theaters and keeping them talking throughout January. That could have split away some moviegoers over the age of 35 from “Birds of Prey” as they were distracted by the awards race and instead bought tickets to whatever Best Picture contenders they haven’t seen yet.

On paper, there was nothing wrong with the release slot that WB picked out for “Birds of Prey.” Early February has yielded success for them in the past, most notably with “The Lego Movie” in 2014 and its Batman spinoff in 2017. But it may be possible that instead of getting the usual buildup that these blockbusters get in the final week prior to release, “Birds of Prey” had to share space in the film media and social media conversation with Oscar week, weighing down casual moviegoer awareness and interest.

If Warner had waited another week to release the film, it might not have had the wide release slate all to itself but still would have provided something unique. Next week’s Valentine’s Day releases, which also extend into Presidents’ Day on Monday, include the family focused “Sonic the Hedgehog,” the romance “The Photograph,” and the horror film “Fantasy Island.” While it would have been a crowded fit, “Birds of Prey” might have been able to stand out among new releases without having to worry about the Oscars diverting attention.

That adage about hindsight really applies here. If there’s one thing Warner Bros. has been really good at lately, it’s defying conventional wisdom about the box office limitations of R-rated films. The two “It” films have grossed over $1 billion worldwide combined while “Joker” made history last fall as the first film with that rating to hit $1 billion globally on its own. Also, February was the month where the R-rated “Deadpool” made a mint four years ago. Since “Birds of Prey” shares that film’s irreverent sense of humor and snarky narration by its antihero protagonist, there was little reason to believe that it couldn’t have similar success.

But the CinemaScore demographics show that the R rating may have shut out teen moviegoers that really would have been a strong audience base for this film. While audiences over the age of 25 gave the film a B+, moviegoers under 25 gave the film an A- — as did those under 18, who only accounted for 14% of the audience.

While it would be difficult to say how much of the film’s content and joke material would have to change to make it PG-13, getting that rating might have helped bring in a larger number of teen and college-age moviegoers that would have helped both word of mouth and opening numbers. As it is, the over 35 moviegoers that responded positively to “It” and “Joker” did not turn out as widely or have as positive a reaction as they did for those films.

But with a film called “Birds of Prey,” casual audiences who don’t read DC comic books may have been confused as to who the Birds of Prey actually are. Aside from the final trailer, the promos for the film don’t do much to explain who Huntress, Black Canary or Renee Montoya are; and while their costumes work well in the context of the film, they are not as immediately memorable as any of the outfits worn by lesser known superheroes in past Marvel or DC films like “Suicide Squad” or “Guardians of the Galaxy.”

The success of films like “Guardians” showed that with the right marketing and visual hooks, a comic book movie can sell any obscure superhero, even a talking raccoon, to the masses. But aside from Harley and Ewan McGregor’s comically villainous Black Mask, none of the characters in “Birds of Prey” likely stood out in the minds of mainstream audiences long after they saw the trailers online or in theaters.

While we and the rest of the media have called the film “Birds of Prey” for convenience, the full title of the film is “Birds of Prey (and the Fantabulous Emancipation of One Harley Quinn),” with the part in parentheses written out in tiny, scratchy handwriting on posters and billboards for the movie.

That title might have hinted at the movie’s irreverent and feminist tone, but it also furthered the confusion that casual moviegoers felt about whether this film was about Harley Quinn or about a superhero team they hadn’t heard of before. That’s especially true since Harley is not a member of the Birds of Prey squad — either in the movie or in the comics. For those of you who don’t know, the Birds of Prey are Batgirl’s team (and she’s not also MIA in the film).

5. Maybe Harley isn’t as big a draw as we thought

Harley Quinn has come a long way. She debuted as a new sidekick for the Joker not in the comics, but on “Batman: The Animated Series” in the early 1990s. Since then, she’s become incredibly popular with Batman fans, and Margot Robbie has helped push her to new heights of notoriety in mainstream pop culture.

But fans might have overestimated how much of a draw she is to casual audiences compared to the likes of Wonder Woman and even Captain Marvel. “Birds of Prey” was never expected to reach the heights of films featuring those two heroines, but neither was she expected to yield such a low turnout in a film that puts her front and center.

The confusion from the marketing might have dampened such interest in her as a comic book movie protagonist, but audiences might not have been clamoring for a solo vilm despite liking her as part of an ensemble in “Suicide Squad.”

Speaking of Wonder Woman, DC Films is counting on the lasso-wielding heroine in this summer’s “Wonder Woman 1984.” Warner’s summer slate also includes the May family film “Scoob!” and the June adaptation of Lin-Manuel Miranda’s “In the Heights,” both of which have received very strong social media buzz from their trailers.

The studio will also try for a surprise breakout with “Tenet,” the mysterious Christopher Nolan film that will try to repeat the success that the director found at the box office with “Inception” 10 years ago. But all of these films are more than three months away, meaning that there’s going to be a long time for the Warner team in Burbank to figure out just what went wrong with Harley Quinn’s big party.