After months of uncertainty, Black News Channel (BNC) is shutting down on Friday just two years after its launch.

Multiple employees told TheWrap they were notified individually that Friday would be the last day of live programming for the Tallahassee, Florida-based network. The channel was launched in February 2020 by former GOP congressman J.C. Watts and broadcast executive Bob Brillante to target Black audiences they felt were underserved by other news outlets.

One staffer said Friday department heads contacted individual employees by phone to inform them that they were being let go. “I’m disappointed in the way management handled the situation and their lack of transparency,” the staffer told TheWrap. “I’m saddened because there are so many amazing journalists who care about Black and Brown stories and truly believed in the concept. Now with no notice, their lives and livelihoods are in limbo.” 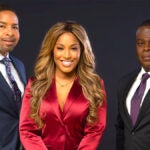 The news came a day after the human resources department sent out an email saying employees would not be paid on Friday.

“The March 25 payroll deposit will be delayed. We sincerely apologize for any inconvenience this may cause,” said the email from human resources VP, Nicole Collins. “We are actively working to resolve this matter quickly, and will advise you with an update as soon as possible.”

Another BNC employee, who was not authorized to speak on the company’s behalf, called the situation “crazy.”

The network, whose majority stakeholder is Jacksonville Jaguars owner Shad Khan, has struggled to draw viewers or generate buzz. (Last November, the Los Angeles Times reported that Khan invested $50 million dollars in the channel.) In December, just days before Christmas, the channel laid off at least 80 staffers. More cuts followed and remaining employees who were not under contract began to bolt. Insiders have told TheWrap the network has shed more than 120 staffers since Christmas.

The National Association of Black Journalists (NABJ) has also put pressure on the Black News Channel after the network was sued by former and current female employees for gender discrimination. The allegations point to a sexist workplace where female employees made less than their male counterparts.

In a statement Friday, NABJ said the organization is taking steps to assist BNC employees affected by the shutdown.

“NABJ is exploring ways to assist our members impacted by the closing. We encourage members to explore job opportunities across the industry through our NABJ Career Center at NABJCareers.org and sign up for our specialty databases,” the statement said.

A Nielsen ratings analysis compiled by TheWrap in 2021, found of 124 cable news channels, BNC came in 123rd with an average of 4,000 viewers on any given show. Fox News was No. 1 with an average 2.361 million primetime viewers each evening. 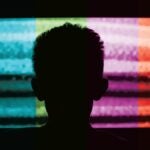