This story on Chadwick Boseman and Michael B. Jordan from “Black Panther” is drawn from an interview conducted for the cover story of the January issue of TheWrap’s Oscar magazine.

In “Black Panther,” the characters played by Chadwick Boseman and Michael B. Jordan both vie for the throne of the fictional African country of Wakanda. Boseman’s character, T’Challa, becomes king early in the film, but Jordan’s Erik Killmonger shows up with his own claim to the crown, and defeats T’Challa to take over.

Strangely, Ryan Coogler’s blockbuster hit film does not mark the first time that Jordan has succeeded Boseman in a position. While the two men never worked together prior to making “Black Panther,” they both appeared in the ABC soap opera “All My Children” back in 2003 — and they played the same character, with Jordan taking over when Boseman was fired for complaining about the part after only one week on the job.

While Boseman talked about his experience on the now-defunct soap in a Howard University last May, he and Jordan had never discussed the synchronicity of their daytime-drama days until we brought it up in a recent interview for a cover story in TheWrap’s Oscar magazine.

“This is the first time anyone has ever asked about that!” Jordan said, laughing. “We’ve done this so much, and you’re the guy, you’re the one.”

“I knew it was gonna happen today!” said Boseman, who also broke out laughing as soon as the question was posed.

“I was like, ‘There’s no way in the world it’s not happening today.'”

The character they both played, Reggie Montgomery, was a disaffected teen who initially came across as little more than a stereotypical thug. Boseman, who was 26 at the time, was hired to create the part early in a career that also included guest appearances on “Third Watch,” “Law & Order” and “ER” — and he bristled at the stereotypical nature of the part.

After a week on the job, he complained to the producers, who promptly dismissed him and brought in Jordan, then 16, who was coming off 12 episodes of the hugely influential HBO series “The Wire.” 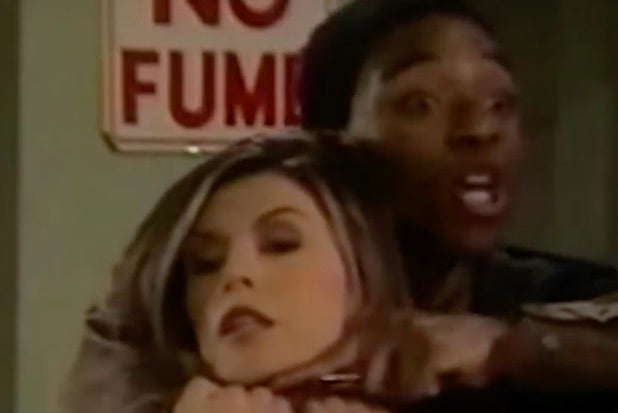 Chadwick Boseman on “All My Children” / ABC

When they stopped laughing about the fact that somebody had brought up “All My Children,” Jordan turned to his “Black Panther” costar. “Hey, you had him first, man,” he said of the part of Reggie Montgomery. “What’s up?”

Boseman laughed. “It’s one of those things where you get a role, and you don’t really know,” he said. “When I got it, I was like, ‘This is not part of my manifesto. This is not part of what I want to do. How can I make it work?’ Because with a soap opera, you don’t know the full scope of what’s gonna happen — you don’t know where they’re gonna take the character, because they don’t always know where the character is going. And because of that, there’s possibly room for me to adjust this and change it and make it so it’s stereotypical on the page but not on the screen.”

He nodded at Jordan. “‘The Wire’ could be viewed as stereotypical on the page, but all TV series that are worth their salt steal a little bit from ‘The Wire’ nowadays. It revolutionized series television. And this was not that.”

“This was not that, God bless ‘em,” Boseman continued. “I remember going home and thinking, ‘Do I say something to them about this? Do I just do it?’ And I couldn’t just do it. I had to voice my opinions and put my stamp on it. And the good thing about it was, it changed it a little bit for him.”

“I was just thinking that as you were talking,” said Jordan.

“It did!” said Boseman. “They said, ‘You are too much trouble,’ but they took my suggestions, or some of them. And for me, honestly, that’s what this is about.” 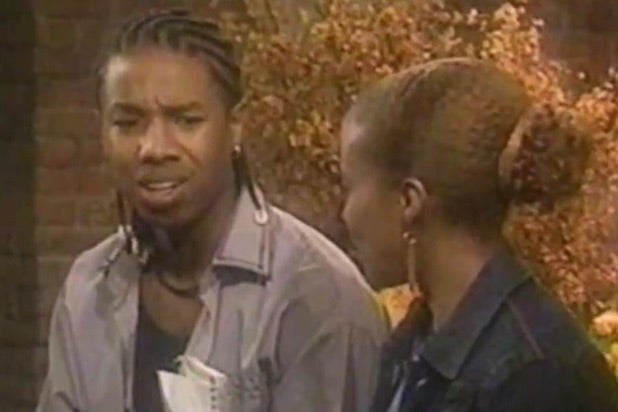 Michael B. Jordan on “All My Children” / ABC

“That’s awesome to hear,” said Jordan. “It’s so wild to hear you say that. I’m younger than Chad, and I was coming into ‘All My Children’ fresh off ‘The Wire’ — wide open, still learning. I was playing this role not knowing that a lot of the things I was going through were because of what he’d already done for me.

“It’s hard to speak in the moment about how things we do can affect other people. But this is a pure example, right here on the spot — we ain’t never talked about this before a day in our lives — to understand how what people do now can directly affect what other people do in the future. And the work that we’re doing on ‘Black Panther’ is hopefully doing the same thing for the next group of actors that are coming up, just like our predecessors opened up doors and made things easier for us.”

Photo by Matt Sayles for TheWrap