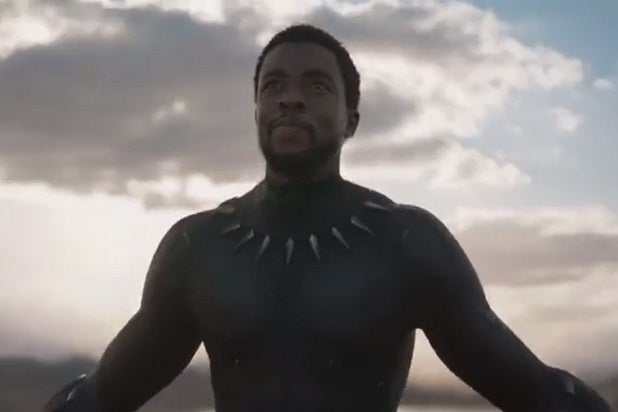 [Editors note: This post was updated recently to reflect the launch of the #RecastTChalla petition earlier this month]

I’ve been a comic book reader since the age of 10. When I discovered the Black Panther comics, I realized what true representation felt like. I finally saw a character that looked like me, one that I could dress up as for Halloween. I was ecstatic when the character appeared in “Captain America: Civil War” and got his own movie. I was brought to tears when I learned of Chadwick Boseman’s passing. Then when Kevin Feige announced that Marvel will not be recasting his character T’Challa, it was yet another unexpected emotional gut punch.

The more I thought about what this could mean long-term, the more depressing, bleak, and short-sighted this decision started to seem.

There were two options that I dreaded for T’Challa’s character in the MCU moving forward: 1. They would relegate him to just being a background character (a la Paul Walker from the “Fast & Furious” franchise) or 2. they’ll kill him off. The first option would be so disappointing, but that latter option would be even worse. T’Challa was already presumed dead in the movie, then he came back to life. Then the real-life actor passes away, only for the studios to potentially kill off his fictional character again? Anyone who even entertains this thought needs to examine just why they’re so comfortable with emotional trauma porn of Black death. We’ve already had enough of that in real life with the pandemic and police brutality, and the last thing we need is for that to be reflected in our fictional superheroes. 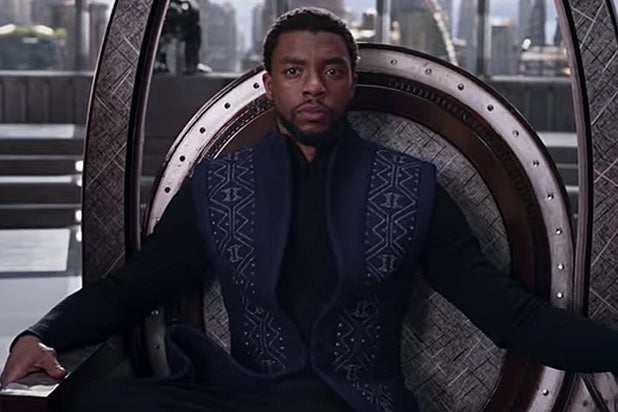 Chadwick Boseman’s portrayal of T’Challa was significant because he brought to life an image that many Black boys and men rarely see — an advanced, prosperous world led by a strong, intelligent and capable Black king. The character was originally created by Stan Lee and Jack Kirby to be an uplifting anti-stereotype during the 1960s. T’Challa was the very first Black superhero in mainstream comics; he is literally Black history.

If Marvel Studios removes T’Challa, then that would be at the expense of the Black boys who looked up to him. Black boys do not deserve to have their hero pushed off to the sidelines or worse. No child deserves that. Black Lives Matter even on the screen. I would like to believe that it is the fantasy of the character of T’Challa that helps us all escape the painful realities of the real world.

Another painful reality that dawned on me with Marvel’s decision is how it could inadvertently play into Hollywood’s already discriminatory track record with minority characters. No, I am not calling Marvel racist. What I am saying is that Hollywood has typically demonstrated absolutely no issue when it comes to recasting fictional white characters. We have had a plethora of Batman, Superman, Spider-Man or James Bond movies and actors over the decades. No matter how iconic an actor may be in the role, or how bad the movies may be, or even if the death of the actor was involved, the fictional character lived on. It would be inconceivable to even imagine not recasting Superman because Christopher Reeves passed on, or Joker because Heath Ledger was just so amazing in the role. 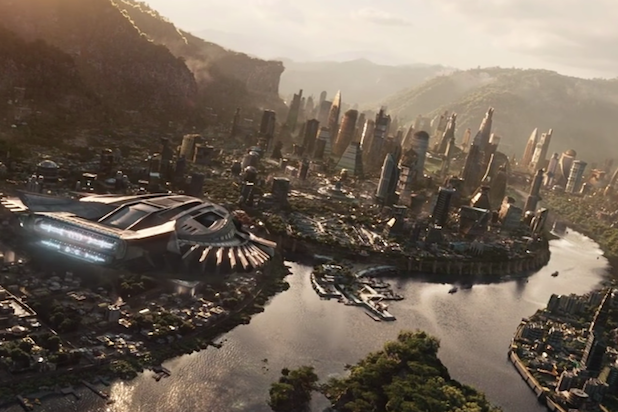 A Disney+ series is in the works featuring Wakanda as a setting. (Photo: Marvel Studios)

It feels unsettling that the option not to recast is happening with T’Challa. Who, may I add, is the first and only leading Black superhero currently in the MCU that’s not a sidekick or supporting character. I understand that Marvel believes their decision is based on honoring Chadwick. However, it stifles the opportunity for one of the most popular, leading Black superheroes to add on to their legacy. T’Challa still has decades-worth of fantastic stories left to tell, and the MCU only scratched the surface with his arc. Black superheroes like T’Challa shouldn’t be subjected to discriminatory Hollywood math: Black characters are dealt with subtraction and division while white characters benefit from addition and multiplication. T’Challa deserves the same luxury of living on (and being seen) just like all the other popular superheroes get to do.

When it comes down to it, I do believe that the simplest option for Marvel Studios is just to recast the character of T’Challa. If they need more time for people to emotionally heal from Boseman’s passing, then that’s fine. I’ve proposed the idea in the past that a Disney+ Wakanda series would be a great placeholder and just delay “Black Panther 2.” (Luckily, Marvel Studios has done just that!)

My heart still carries some emotional, recency bias and it’s hard for me to see someone else in the role. At the same time, I know that if the role were to be recast, the next actor would not be trying to replace Chadwick. Rather, they would be picking up the baton he worked so hard to carry and bring something unique to the role. Marvel simply needs to get an exceptionally talented actor (Yahya Abdul-Mateen II or John David Washington, perhaps), and fans will be won over. They should also rephrase and clarify their position by saying something to the effect of, “We do not have any plans of recasting at this time.”At least that way, the window of hope to see T’Challa on screen again isn’t slammed in our faces.

Also, let me just say that even if Marvel wanted to pass on the mantle of the Black Panther to Shuri (Letitia Wright) or someone else, T’Challa can still exist. Even in the comics, Shuri was both queen and Black Panther while T’Challa was alive doing other things. As a matter of fact, that dichotomy within their relationship had some great storylines, too.

At the end of the day, I still believe in the creative genius of Ryan Coogler and producer Nate Moore. I also believe that Kevin Feige has only the best intentions in mind. I’m sure they know the impact of the Black Panther franchise on society, and T’Challa’s significance too. Marvel should continue to honor and celebrate Chadwick in as many ways as they wish without compromising the legendary character of T’Challa. While I’ll be first in line to support anything Black Panther-related, I’d be lying if I said I wasn’t concerned until Marvel does right by T’Challa.

After expressing my views above, I launched the #RecastTChalla petition to show Marvel Studios that people do believe in honoring Chadwick Boseman without losing the role he worked so hard to build up. The petition is gaining thousands of signatures and donations in support and the numbers continue to rise. The goal of this petition is to get ahead of the curve and bring awareness to the long-term issues if T’Challa’s character is permanently stopped. That is why this petition is not calling for an immediate recast, as it’s important for any affected to have time to emotionally heal. What it is asking for, however, is for Marvel to reconsider stopping the portrayal of T’Challa.

This also isn’t about who should be the next Black Panther, nor is it preventing anyone from taking up the mantle. This is about fulfilling a role that Chadwick Boseman believed in. Boseman believed that the roles he took on were bigger than himself and he wanted people to see the roles before they saw him. This petition is also about bringing awareness to a larger issue about representation with Black characters in media. We shouldn’t have to subscribe to the notion that the first leading Black popular superhero in the MCU can be easily substituted with the elevation of other supporting characters. The truth is that both can co-exist and rise up at the same time. The hope here is that whatever course Ryan Coogler, Kevin Feige, and Marvel Studios decides to take in the Black Panther franchise, Marvel fans understand the tragic situation. We understand the pain of losing someone. We also understand and remember the impact of what the Black Panther franchise had on many of us in various ways. At the end of the day, with so many creative avenues to take with the role of T’Challa, stopping his portrayal should be avoided.

[Editors note: You can watch Emmanuel Noisette’s video explanation on why T’Challa should be recast here.]

BIO Emmanuel Noisette
Emmanuel Noisette is a Rotten Tomatoes approved film critic, and a member of the African American Film Critics Association. Emmanuel is also the Director of the Chicago Indie Critics who seek to highlight diversity in film criticism. 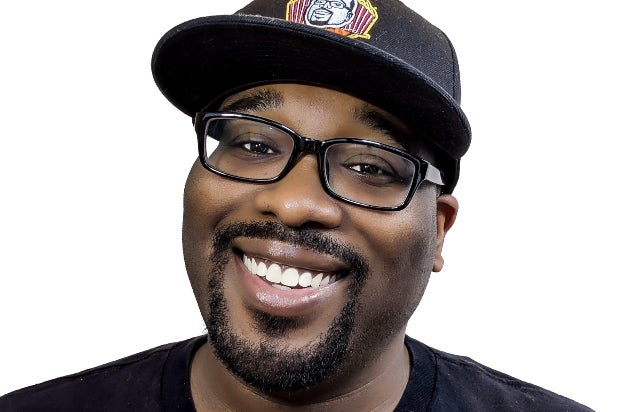 Emmanuel Noisette is a Rotten Tomatoes approved film critic, and a member of the African American Film Critics Association. Emmanuel is also the Director of the Chicago Indie Critics who seek to highlight diversity in film criticism.