Up and coming actress Ryan Kiera Armstrong (“American Horror Story,” “The Tomorrow War”) has been cast as Charlie in the new adaptation of Stephen King’s classic sci-fi thriller “Firestarter” from Universal Pictures, Blumhouse and Weed Road Pictures. Armstrong is featured as Charlie in the picture above.

Keith Thomas (“The Vigil”) is directing the film. Scott Teems (“Halloween Kills”) is writing the screenplay. 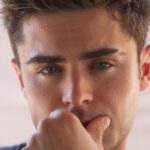 The film will follow a young girl who develops pyrokinetic abilities and is abducted by a secret government agency that wants to use her powers as a weapon.

King’s novel was first published in 1980 and the following year, the book was nominated as Best Novel for the British Fantasy Award, Locus Poll Award and Balrog Award, and in 1984, it was adapted into a feature film that also starred David Keith and Martin Sheen. A mini-series follow-up, “Firestarter: Rekindled,” was released in 2002.

Armstrong is represented by Innovative Artists and Noble Caplan Abrams.