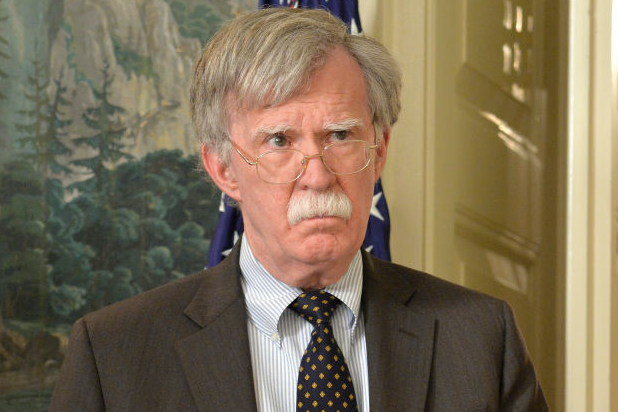 A lawyer for Bolton filed a dismissal request Thursday related to the suit brought by President Donald Trump’s administration earlier this week. The Trump administration sued Bolton on Tuesday, arguing that Bolton breached his contractual and fiduciary obligations by revealing classified information in his upcoming book.

The book, “The Room Where It Happened,” is scheduled to be published on June 23 from Simon & Schuster. In a promotional summary released last week, Simon & Schuster marketed it as “the book Donald Trump doesn’t want you to read,” adding that Bolton “argues the House committed impeachment malpractice by keeping their prosecution focused narrowly on Ukraine when Trump’s Ukraine-like transgressions existed across the full range of his foreign policy.”

In the dismissal request, reviewed by TheWrap, Bolton lawyers Charles J. Cooper and Michael W. Kirk wrote, “If the First Amendment stands for anything, it is that the Government does not have the power to clasp its hand over the mouth of a citizen attempting to speak on a matter of great public import.”

Karp, however, added an affidavit in which he argued that the book had been fact-checked and reviewed for classified information in a way that differed from others like it in terms of severity: “Although I do not consider myself an expert in national security matters, based on my review, it seems inconceivable to me that it contains any information that is properly classified or that would otherwise harm national security. To be sure, the Book contains information that is likely to be highly embarrassing to the Administration and the President, but my understanding is that embarrassment alone is not sufficient reason to classify information.”

Karp pointed out that Trump’s “many public statements” on the forthcoming memoir reinforce his belief that the real goal of the lawsuit is to shield Trump from an unflattering portrayal. Still, he said, “Based on my decades of publishing experience, I have absolute confidence that the Book is a matter of utmost public importance.”