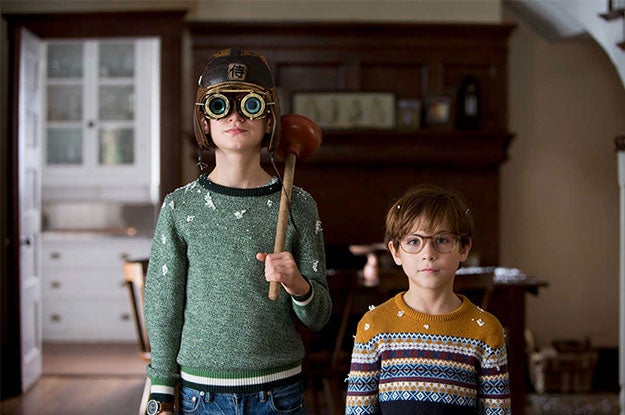 Focus Features’ “The Book of Henry” highlighted this weekend’s art house releases, opening on 579 screens nationwide. The film made an estimated $1.4 million this weekend for a per screen average of 2,431.

However, when compared to Focus’ other big 2017 release, “The Zookeeper’s Wife,” “Henry” got far less bang for its buck. From an opening on 541 screens in April, “Zookeeper’s Wife” made $3.34 million for a PSA of just under $6,200. Directed by “Jurassic World” filmmaker Colin Trevorrow and starring Jaeden Lieberher and Naomi Watts, the film was panned by critics following its premiere at the Los Angeles Film Festival, scoring 25 percent on Rotten Tomatoes.

On the other end of the release spectrum was Abramorama’s documentary “Hare Krishna: The Mantra, The Movement and The Swami Who Started It All,” which had a single-screen release in New York and grossed $21,473, giving it the highest PSA this weekend.

Also performing well was Sony Pictures Classics’ “Maudie,” a true story romance directed by Aisling Walsh and written by Sherry White about a recluse named Everett Lewis (Ethan Hawke) who falls in love with his newly hired housekeeper, Maudie (Sally Hawkins). Sporting a RT score of 89 percent, the film grossed just under $50,000 from four screens for a PSA of $12,461.

IFC Film’s “The Journey” also registered a five-digit average this weekend, grossing $34,364 from two screens. Directed by Nick Hamm and written by Colin Bateman, the film stars Timothy Spall and Colm Meaney as the bitterly divided leaders of Northern Ireland’s leading political parties, Sinn Fein and the Democratic Unionist Party, who are forced to take a journey together that changes the course of British politics. The film has a 64 percent RT score.

Among holdovers, Roadside Attractions’ “Beatriz at Dinner” expanded to 77 screens and performed well with a PSA of $9,284, bringing its cume to $921,000. Meanwhile, Fox Searchlight’s “My Cousin Rachel” made $535.000 in its second weekend from 531 screens to bring its cume to just shy of $2 million.

Next weekend will be a big one for art houses, as two festival hits will get their release: Kumail Nanjiani’s Sundance darling “The Big Sick,” and Cannes award winner “The Beguiled,” which made director Sofia Coppola the first woman to win the festival’s Best Director prize.