The company partnered with producer Lorenzo di Bonaventura earlier this year to produce its first feature-length project, “Higher Power,” and is on track to produce at least one more large-scale project this year and four or five next year, Richman said at the event at the Montage Hotel in Beverly Hills.

Richman said the company is increasingly adopting a studio model by not only producing original content but marketing, selling and distributing it as well, while making sure to stretch every budget. 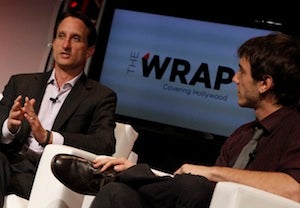 “Higher Power,” which cost somewhere around $250,000, will be released in chapters, like similar online high-concept shows like “Cybergeddon,” or Warner Bros.’ “H+,” then sold to domestic TV channels and to overseas networks.

“We are effectively in the free-pilot business,” he said.

“We’ll make stuff as cheap as $500 an episode, then there’s stuff that is as high as $125,000 for six to 10 episodes,” Richman said. “The challenge is increasingly how do we think of ourselves as a marketing and distribution platform. When we are launching content now, we are increasingly thinking of ourselves in that regard.”

Break began building its business by acquiring and hosting user-generated content — frequently home videos of events gone hilariously awry or intentional pranks — but is now focusing on positioning itself as more of a content producer, as opposed to just another online video platform.

“It feels hard to believe that anybody is going to become a platform on the scale of YouTube,” Richman said, while discussing how to build an audience for streaming video by placing content on as many channels as possible.

“Making great content and having the right partners to distribute it,” Richman emphasized. “I don’t think that’s going to change as new platforms emerge.”