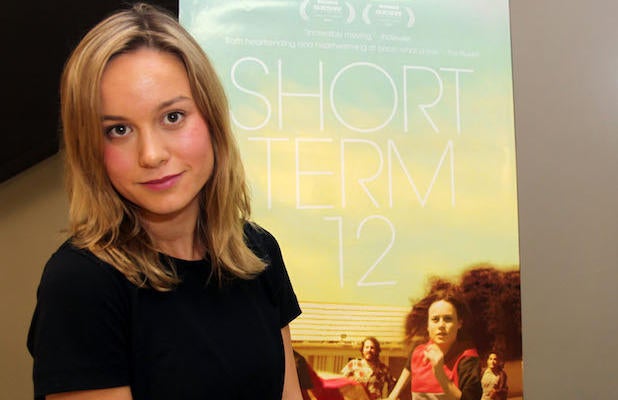 “Short Term 12” star Brie Larson is in negotiations to join Amy Schumer and Bill Hader in Judd Apatow‘s next movie “Trainwreck,” an individual familiar with the project has told TheWrap.

Universal optioned the rights to the project from Schumer in August 2013, and since then, the comedian has been developing the script with Apatow, who is also producing. Universal executive Erik Baiers will oversee the project for the studio.

Larson, who is currently filming “The Gambler” with Mark Wahlberg, is also in negotiations for the female lead in DreamWorks’ “The Good Luck of Right Now,” based on the bestselling novel by “Silver Linings Playbook” author Matthew Quick. Larson received an Independent Spirit Award nomination for her lead performance in “Short Term 12,” and her other recent credits include “21 Jump Street,” “The Spectacular Now” and “Don Jon.”

Larson is represented by the Gersh Agency, Authentic Talent and Literary Management and attorney Robert Offer.