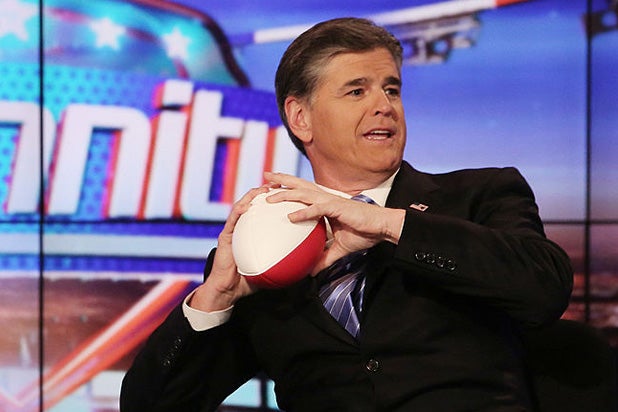 Fox News host Sean Hannity continued to dominate in the month of October, placing atop the Nielson ratings as the No. 1 cable news program across the board despite his late September move to the 9 p.m. timeslot.

In his first full month at 9 p.m., he bested MSNBC’s Rachel Maddow by drawing 3.2 million viewers and 686,000 in the advertiser-coveted 25-54 demographic.

The program also increased by double digits from the month last year.

The performance from Maddow was a disappointment. In addition to losing to Hannity, she was also bested by Fox News host Tucker Carlson, who received 2.8 million viewers total and 581,000 in among the 25-54 demo.