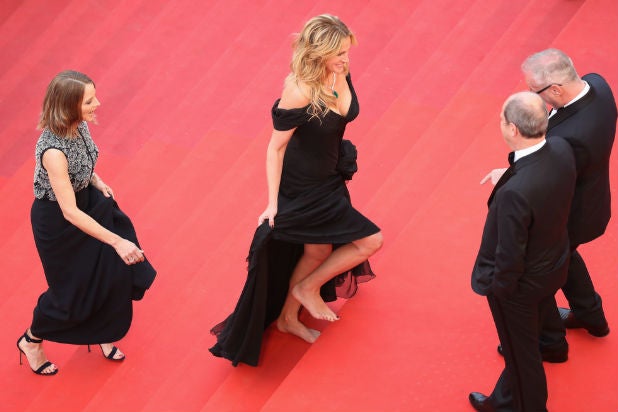 Cannes might be in competition with itself this year when it comes to on-screen drama versus off-screen.

While titles like Woody Allen‘s “Cafe Society” and Jodie Foster‘s “Money Monster” shuffle out slowly and without critical thunder, scandal has been brewing in the scenic South of France — one that reads like a script being shopped at the international film market.

Riza Aziz, the co-founder of Red Granite Pictures and stepson of Malaysian Prime Minister Najib Razak, is at the center of embezzlement allegations in light of reports that money from a state investment company was used to purchase lavish properties in New York and Los Angeles.

Also Read: Woody Allen on Cannes Rape Joke: 'I've Had Worse Things Than That Said About Me'

Aziz, whose production company was a major financier on Leonardo DiCaprio‘s “The Wolf of Wall Street,” denies any wrongdoing but according to documents allegedly obtained by the Wall Street Journal, the accusations are damning.

The $50 million was a portion of a $238 million sum allocated to Aziz’s wholly-owned Red Granite Capital from a fund chaired by stepdad Razak. That fund, 1Malaysia Development Bhd., is the subject of multiple investigations according to Bloomberg.

Aziz remains in town, according to multiple reports, actively seeking content in the Cannes Film Market. 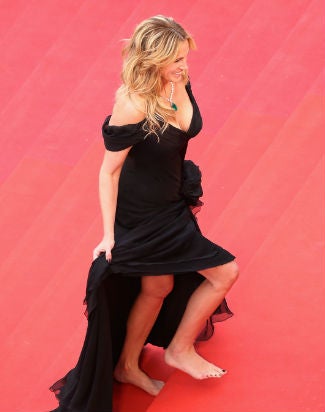 Julia: No Sole at Cannes
Last year’s festival enjoyed a mini-controversy over shoes. A small group of women attending a festival screening of Todd Haynes‘ “Carol” were turned away from the famous Palais movie house for wearing flats — a violation of the strictly enforced dress code.

It sparked outrage. Across an ocean, Hollywood feminists like were pissed, suggesting the rule was snobbish and sexist. But Julia Roberts brought vindication this year.

Attending the gala screening of her “Money Monster” with costar George Clooney and director Jodie Foster, the Oscar winner donned a dramatic black evening gown and bare feet — and she looked as if she loved every minute of it.

Also Read: Cannes Parties: The Top 10 Invites at the 2016 Festival

Deals, Deals, Deals
Michael Douglas will reteam with his “Fatal Attraction” director Adrian Lyne for the 1960s race drama “Silence.” Douglas will costar with Halle Berry. Will Pack will produce in conjunction with Lotus Entertainment, and the film is currently being shopped to distributors.

In the first big-money deal of the festival, STX Entertainment is closing in on the U.S. distribution rights to “Molly’s Game,” the directorial debut from Aaron Sorkin. The poker-centered film will star Jessica Chastain and Idris Elba.