Mitchell began her tenure at CBS as a temporary assistant in the specials and live events programming department eight years ago. In her new role, she will oversee a significant portion of the specials programming production and development for CBS Entertainment’s lineup. 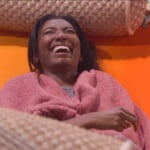 “Mackenzie literally started as a temp at CBS, answering phones and scheduling meetings, but her passion, intellect, creative instincts and keen eye for material has helped her to become one of the finest event programming executives working in television today,” Sussman said in a statement. “She has built outstanding relationships with talent and the creative community, and we’re excited to have her continue her already very successful career here at the Network. She’s a classic home-grown success story.”

Most recently, Mitchell was a director in the department, covering some of the biggest events on television, including multiple iterations of the Grammy Awards, the Kennedy Center Honors and the Tony Awards. She has received associate producer credits on productions like “John Lewis; Celebrating a Hero” and “Garth & Trisha Live!” She has also worked on CBS programs and specials including The National Christmas Tree Lighting, “New Year’s Eve Live: Nashville’s Big Bash,” “Adele: One Night Only,” the CMT Music Awards and the perennials A Home for the Holidays and The CBS Thanksgiving Day Parade.

Prior to joining CBS in 2014, Mitchell served as a location coordinator for LMNO Productions. 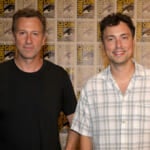