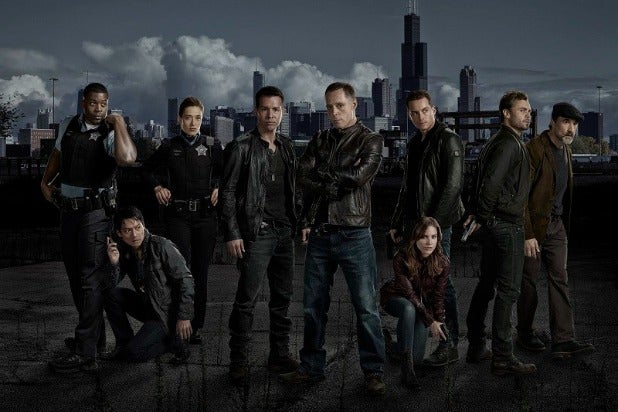 I enjoyed “Chicago P.D.” The new NBC procedural breathes enough to feel like it isn’t a procedural at all. And though there’s a will-they-or-won’t they storyline and its cast is a little too pretty (something no one will ever complain about), it isn’t one of those “Castle”-like shows where murders serve as grisly backdrops to the characters’ cute flirtations.

Am I saying Dick Wolf’s latest has something for everyone? Kind of, yeah. It’s taken lessons from the pacing of Wolf’s “Law & Order” franchise, gussied up the worn-in feeling of the “Wire,” and added just a touch of the shameless emotional manipulation of “Grey’s Anatomy.”

Also read: Dick Wolf Blasts Congress for Government Shutdown: ‘Shame on All of Them’

It’s a little grittier than most broadcast dramas – the first episode has beheadings and the word “taint,” used as a noun. And it all works. There’s even an out-of-nowhere cliffhanger that almost guarantees anyone who watches the first episode will also watch the second.

This is the time of year broadcasters dump shows to see if they can fend for themselves (sorry, “Deception”). Viewers may not want to get invested given the drama’s somewhat generic name, description and advertising. But if they tune in they’ll be pleasantly surprised. Even airing months after “Brooklyn Nine-Nine,” the Fox comedy that mocks shows just like it, “Chicago P.D.” feels alive.

The series is very good at providing backstory that doesn’t feel like backstory, and this is Voight’s: He’s somehow been sprung from prison and given a second chance leading a team of younger cops and his old friend Alvin Olinsky (the ever-chameleonic Elias Koteas). Olinsky is to “P.D.” what Lester Freamon was to “The Wire”: a veteran so confident in his wits and institutional memory that he never moves a second faster than he needs to.

The team includes Erin Lindsay (Sophia Bush), with whom Voight has some kind of mysterious connection that keeps the rest of the team guessing. No, he’s not her dad.

Others busting down bad guys’ doors include family man Det. Antonio Dawson (Jon Seda), Jay Halstead (Jesse Lee Soffer), a brash young detective who might want to date Lindsay, and Kyle Ruzek (Patrick John Flueger), a cadet plucked fresh out of the academy, maybe in a nod to Andy Garcia‘s character in “The Untouchables,” the gold standard of Chicago crime stories.

There’s some melodrama – the bad guy is called “El Pulpo” (Spanish for “the octopus”) because of his tremendous reach in the Chicago underworld. He’s a really, really bad guy, but again, a little too good-looking.

It’s just one of the concessions we have to accept in return for a January show that’s so watchable.